Jammu and Kashmir State with peculiar geographical placement has certain pending issues in respect of civil aviation and connected matters. It could be in respect of the existing airports and the need to augmenting the facilities for the travelling passengers as also for the increasing number of domestic flights. Expansion and addition to the existing runway lengths in the existing airports , the need to have more airports and connectivity of existing flights with additional destinations and at the top of it , in case of inclement weather conditions resulting in disruption of road traffic , the need to have operation of additional flights without milking the opportunity to charge more from the passengers by the operators thus not making a mockery of the concept of opportunity cost, are issues pertinent and pointed ones in respect of civil aviation area.
The issues mentioned in the lines supra as also various connected issues have a direct bearing on the prospects of exploring opportunities of enhancing tourism related activities as tourism constitutes the backbone of the State economy. Civil aviation sector, therefore, has a tremendous role to play and in this connection a meeting of Union Civil Aviation Secretary with the Chief Secretary and other State authorities on July 1 is one such step in the right direction to know exactly the type and the magnitude of problems and how best they could be resolved by the Union Government. Kargil airport is in need of having certain immediate issues confronting it right from the extension to providing associated facilities . This airport is having importance of great hue for more than one reason and that is why the initial survey backed up by the technical feasibility and other paper work having already been concluded should now be followed by the final survey carried out by the Central Government. Experts from the aviation sector and other relevant fields were expected to visit the State soon, is what is reported to have been decided in the meeting.
The problem with the airports of the twin capital cities is to bring them nearer to the levels of modern airports looking to the ever increasing number of the travelling passengers to and fro and the immediate one is that of ground facilities provided to flights operating during night timings. In this connection, the timings for Srinagar airport having been extended up to 10 PM and that at Jammu airport till 9 PM ,it was made known that commercial flights had not yet announced their night schedules. Whatever pending or newly required works to be taken up were concerned especially in respect of Kargil and Jammu airports, State Government and most of its agencies executing projects of developmental nature were at far from satisfactory levels in completing the works well within the timeframe and in respect of the works of proposed extension of the airport runways , this shortcoming has been decided to be pre-empted by assurances that the works would be completed in time and on priority.
It is not advisable or feasible to hold views and arrive at preconceived notions in matters of sensitive nature as civil aviation and that is why it was decided , and rightly so, to get on board the airline operators , hold meetings with them, resolve residual issues or relevant technical and operational issues in smoothly operating night flights . The pending issue of operating of international flights from Srinagar airport as the airport is meeting all the requisite infrastructure for that purpose, too was deliberated upon and a decision could be taken in the near future. Since the Central Government has all along been considerate towards resolving issues of the State of Jammu and Kashmir, the Union Secretary has assured all help from the Central Government in resolving issues pertaining to civil aviation as well. 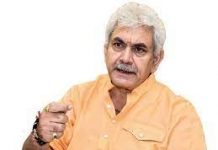 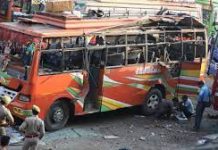