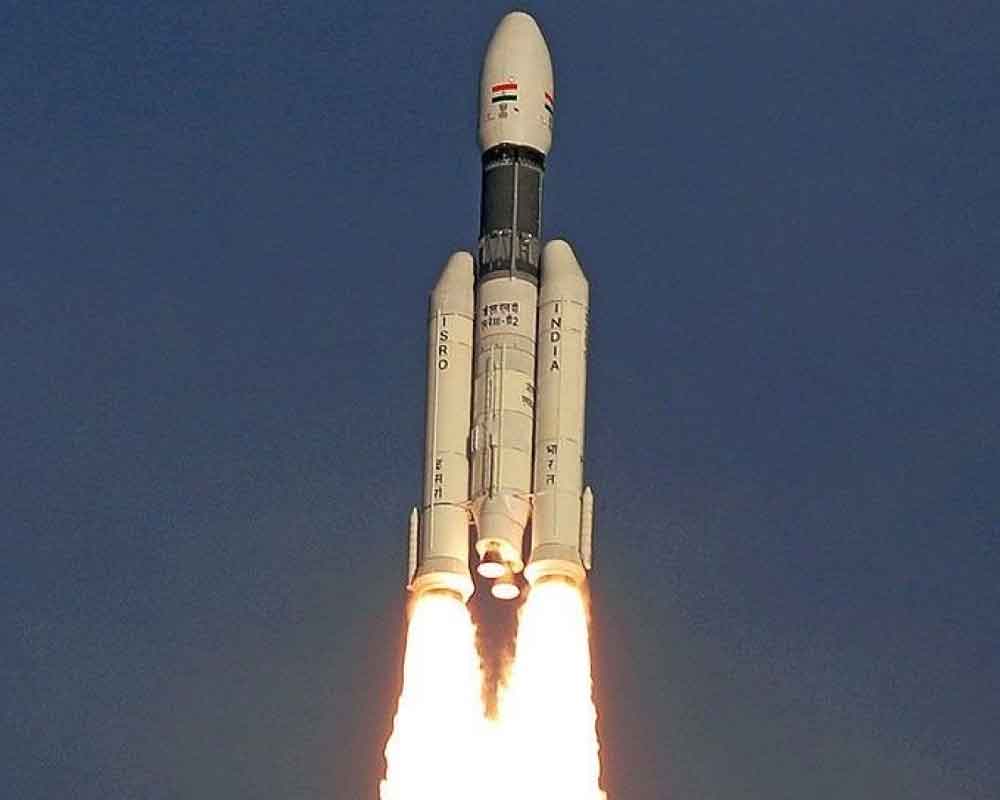 CHENNAI, May 22: The Indian Space Research Organisation (ISRO) is all set for yet another mission when it will launch RISAT-2B, a radar imaging earth observation satellite using its workhorse launch vehicle PSLV-C46 from SHAR Range Sriharikota, about 80 km from here, on May 22.
ISRO sources on Monday said the launch would take place from the First Launch Pad at 0527 hrs early on Wednesday morning and the 300 kg RISAT-2B will be placed into an orbit 555 km with an inclination of 37 deg to the equator. The Mission Readiness Review Committee would meet at SDSC and after the Launch Authorisation Board gave its clearance, the countdown for the launch was expected to commence tomorrow.
During the countdown, propellant filling operations would be carried out in the four-stage 44.4 metre tall vehicle.
The 300 kg RISAT-2B is the fourth flight unit of the RISAT programme and it would be used for reconnaissance, strategic surveillance and disaster management. It uses an active SAR (Synthetic Aperture Radar) imager to provide continuity of service for RISAT-2.
The launch of RISAT-2B will also mark resumption of a vital ring of Indian all-seeing radar imaging satellites after seven years.
The sources said that when it was cloudy or dark, ‘regular’ remote-sensing or optical imaging satellites, which work like a light-dependent camera, could not perceive hidden or surreptitious objects on the ground. Satellites that were equipped with an active sensor, the SAR could sense or ‘observe’ Earth in a special way from space day and night, rain or cloud.
This all-weather seeing feature is what makes them special for security forces and disaster relief agencies.
The Indian space agency was planning to launch at least six such satellites in the near future to
add to the reconnaissance capability from about 500 km in space, a constellation of such space-based radars means a comprehensive vigil over the country.
RISAT-2B would be followed by RISAT-2BR1, 2BR2, RISAT-1A, 1B, 2A satellites.
ISRO launched its first two radar satellites in 2009 and 2012 and was planning four or five more radar satellite
missions this year itself.
PSLV-C46 is the 48th mission of PSLV and the 14th flight in ‘core alone’ configuration (without the use of solid strap
on motors).
This will be the 72nd launch vehicle mission from SDSC SHAR and 36th launch from the First Launch pad.
This would be ISRO’s third mission this year and also third PSLV launch after it had successfully launched EMISAT and
28 customer satellites in three different orbits on April one.
On January 25, PSLV-C44 successfully launched Microsat-R and Kalamsat-V2, in which the fourth stage of the vehicle was
used as orbital platform for experiments.
In February India’s communication satellite GSAT-31 was launched successfully from Kourou in French Guiana. (UNI)