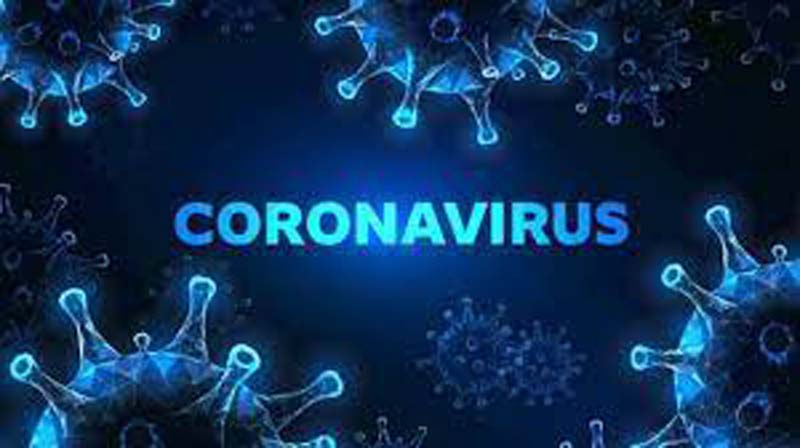 17 more succumbs to COVID in Jammu

Sanjeev Pargal
JAMMU, June 1: A noted Islamic scholar, Senior DGM of Power Grid Corporation of India Limited (PGCIL) and a retired Tehsildar were among 17 persons who died of COVID-19 in Jammu region while 633 persons tested positive today.
Seven women, two of them 90 years old, were among the COVID victims. Two persons succumbed to the virus at home.
Nine casualties were reported in Jammu district, two each in Rajouri and Udhampur and one each in Doda, Reasi, Samba and Poonch districts.
Renowned Islamic scholar and preacher Mufti Faiz-ul-Waheed, who was the first to translate the Quran into Gojri language, died of post COVID complications at ASCOMS Sidhra this morning.
The 56-year-old scholar, a resident of Dodhasanbala village in Rajouri, was admitted in ASCOMS hospital on May 23 for the treatment of COVID pneumonia and breathed his last around 7.30 am due to multiple organ failure, Medical Superintendent Dr Rabinder Rattanpal said.
He said the patient tested negative for COVID-19 on May 24 but since his condition did not show much improvement he remained on the life-support system.
Considered as an authority is Islamic jurisprudence, he was an alumni of Darul Uloom Deoband and served as the patron of an Islamic seminary, Madrassa Markaz Maarif-ul-Quran located at Bhatindi in Jammu.
Mohammad Farooq, Senior DGM Jammu at PGCIL office at Narwal also died of COVID-19 related complications at a private hospital here. Originally, he hailed from Swari in Rajouri district and was presently putting up in Jammu.
Ramesh Chander Misri, former Tehsildar Jammu died of Coronavirus at Narayana Hospital in Katra today. He was co-morbid.
Two 90-year-old women hailing from Thanna Mandi and Narian in Rajouri district passed away at Government Medical College (GMC) Rajouri and home respectively due to the virus.
Other deaths in Jammu were reported from Bantalab, Talab Tillo, RS Pura, Nagrota, Rehari, Roop Nagar, Sarwal and Bajalta in Jammu district, Kehlote Shiva (Doda), Saloon (Reasi), Ward No. 2 Bari Barahamana (Samba), Chajla Mendhar (Poonch) and Kaghote and Majalta (Udhampur).
Seventeen deaths today took Corona toll in Jammu region to 1925 including 1076 in Jammu district followed by Rajouri 186, Kathua 132, Udhampur 126, Samba 112, Doda 90, Poonch 79, Ramban 53, Reasi 37 and Kishtwar 34.
A total of 10 cases of Mucromycosis or black fungus have been reported in Jammu and Kashmir so far.
Among 633 COVID positive cases today, 218 were reported from Jammu district, 73 Doda, 64 Rajouri, 60 Poonch, 52 Udhampur, 50 Kathua, 45 Samba, 39 Ramban, 24 Kishtwar and eight in Reasi district.
As against 633 fresh cases, 1448 persons today recovered from the virus, the maximum 497 in Jammu district, 367 Rajouri, 161 Samba, 133 Udhampur, 117 Ramban, 96 Doda, 50 Kathua and 27 in Reasi district. Kishtwar and Poonch districts didn’t report any recoveries.
Jammu region now has 1,12,360 Corona cases. Among them, 12229 are active positives while 98206 have recovered from the pathogen and there have been 1925 casualties.
Meanwhile, the Union Territory of Ladakh today reported one COVID casualty and 165 new cases.
A 65-year-old woman hailing from Baroo in Kargil district died of Coronavirus taking death toll in Kargil to 53 and that of Ladakh to 189. Rest 136 casualties been reported from Leh district.
Out of a total of 165 fresh cases, 147 were reported from Leh and 18 in Kargil.
New cases have taken Corona count in Ladakh to 18662 including 1614 active positives and 16859 recoveries besides 189 fatalities.