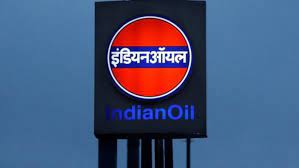 New Delhi, Sept 2:Indian Oil Corporation (IOC), the nation’s top oil firm, raised Rs 2,500 crore in debt through non-convertible debentures (NCD) at an interest rate lower than government bonds, its director (finance) Sandeep Gupta said on Friday.
“Today, Indian Oil fetched a competitive price of a 5-year unsecured NCD issue at an annual fixed coupon of 7.14 per cent,” he told PTI.
This coupon rate is lower than the prevailing annualised yield of benchmark G-Sec for similar maturity.
The prevailing annualised yield of 5-year G-Sc is at 7.16 per cent.
The NCDs, which will be used for general corporate purposes, including capital expenditure, were rated AAA by Crisil and Icra.
“Pricing of the NCS was undertaken over online bidding platform of NSE Ltd with a base size of Rs 1,000 crore and greenshoe of Rs 1,500 crore, aggregating to Rs 2,500 crore,” he said.
The issue got an overwhelming response and was oversubscribed by more than 8 times of the base issue size by investors, encompassing retirement funds and banks.
The bonds will be allotted to investors on September 6, he added.
IOC had previously in February raised Rs 1,500 crore through a bonds issue at a coupon rate of 6.14 per cent. That was lower than similar maturing government bond trading at an annualised yield of 6.29 per cent.
That issue marked the return of the company to the onshore bond market after a gap of more than a year. (PTI)