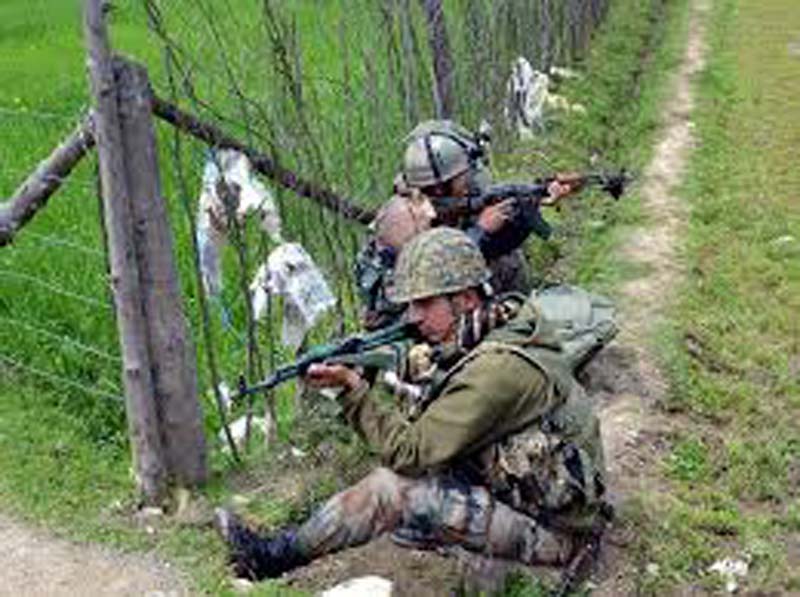 Excelsior Correspondent
SRINAGAR, Sept 15: Army foiled an infiltration bid in Gurez area of North Kashmir’s Bandipora district today while an intruder was shot dead in Uri sector and six militant associates were arrested from various parts of Kashmir.
Acting on specific Police inputs, suspicious movement was detected by Army along Line of Control yesterday and contact was established with the militants. After brief exchange of firing, the infiltration bid was successfully foiled.
Army recovered war like stores including one assault rifle with 4 magazines and 135 rounds, three pistols with 5 magazines and 120 rounds, one GPS, one cortex (4m) and four rucksacks.
Border Security Forces today shot dead an intruder in Uri sector of Baramulla district.
An official said that an individual was observed moving suspiciously this afternoon across the fence ahead of Post at Dhulanja by BSF.
The official said that he was challenged on which he hid behind a tree.
The official further said that the intruder came out and was asked to walk towards the fence, with due caution. “He came close to the fence and threw some papers across the fence. The same were being checked”, he added.
The intruder was asked to strip for closer search. He ran back and after repeated verbal warnings the intruder was shot by the BSF. The intruder had fallen on the ground across fence.
Police today said that a militant associate was arrested in North Kashmir’s Handwara area of Kupwara district.
Police said that based on a specific information regarding the movement of militant associates in Kralgund area, cordon and search operation was launched by Handwara Police along with 32 RR of Army and 92 battalion of CRPF in village Nehama Kralgund.
Police said that during searches one militant associate was arrested. He has been identified as Shahid Hassain Dar son of Ghulam Hassan Dar, resident of Nehama Kralgund.
“Incriminating materials including arms and ammunitions were recovered from his possession. Regarding the incident, Case FIR No. 88/2020 U/S 7/25 I. A. Act, 13, 18, 20 ULA (P) Act has been registered in Police Station Kralgundand and investigation taken up,” the statements said.
Police in Ganderbal and Awantipora, arrested five militant associates linked to HM and Al-Badr. “Incriminating materials, hand grenades and cash Rs 6 lacs have been recovered from their possession”, police said.
Police said that on reliable information about a militant module, a joint operation was launched by Ganderbal Police and 5 RR which arrested three militant associates linked to HM. They have been identified as Arshid Ahmad Khan son of Mohammad Altaf Khan resident of Wayil Wuder Gutlibagh, Majid Rasool Rather son of Gh Rasool Rather resident of Beehama Ganderbal and Mohd Asif Najar son of Abdul Razaq Najar resident of Beehama Ganderbal.
“Three hand grenades besides, incriminating materials including electronic gadgets have been recovered from their possession”, police added.
“Preliminary investigation reveals that the trio have come in contact with a Pak based militant Fayaz Khan resident of Chanhar Gutlibagh who is at present in Pakistan and he had tasked them to join militant ranks and undertake militant activities and attacks on security forces in the area”, Police said.
A case (FIR No. 199/2020 under relevant Sections of law) has been registered at Police Station Ganderbal.
Meanwhile in Awantipora, on a specific information Police along with security forces have arrested two militant associates at Ladhoo crossing while travelling from Shopian to Khrew on Scooty bearing registration number JK01AC- 4035.
They have been identified as Rayees-ul-Hassan, resident of Gadikhal Awantipora and Mushtaq Ahmad Mir, resident of Dadsara Awantipora.
Incriminating material of Al-Badr and cash amount of Rs 6 lacs meant for militant funding of Al-Badr has been recovered from their possession. The Scooty used in the commission of crime has also been seized.
A case (FIR No. 55/2020 under relevant Sections of law) has been registered in Police Station Khrew and further investigation is going on.