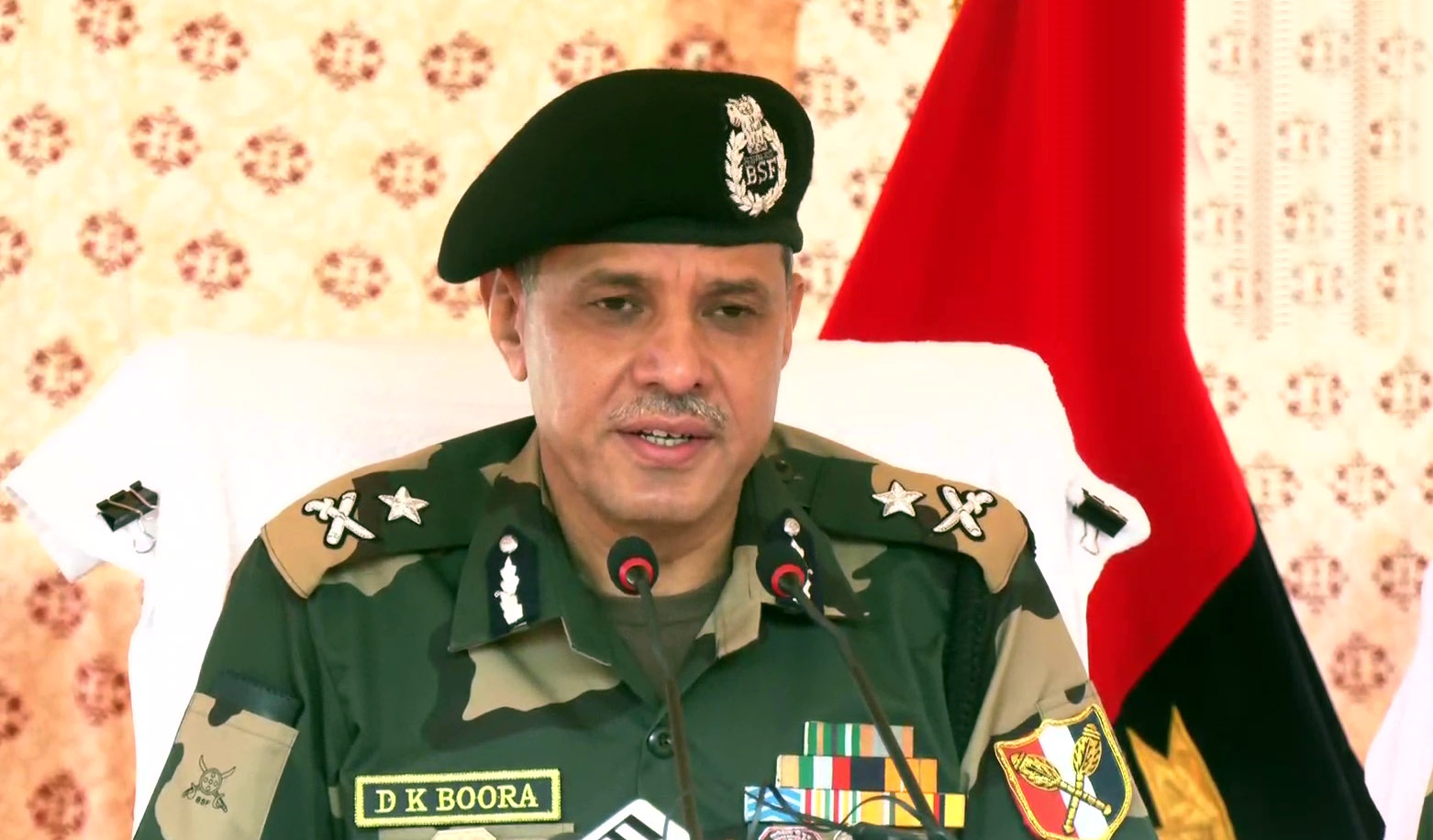 Jammu, Nov 30: Claiming that seven infiltration attempts have been foiled so far this year, Inspector General Border Security Force, Jammu Frontier, D K Boora on Wednesday said that the international border is incident free and completely safe and secure.
He was speaking to the media on the eve of BSF Raising Day here at Paloura based Jammu Frontier Headquarters.
“The borders in Jammu are completely secure. Though infiltration attempts were made from across the border several times but every time they had to face a defeat,” said the IG.
He added, “there were seven infiltration attempts made by terrorists so far this year along the India-Pakistan international border but our alert jawans successfully foiled them.”
Not only this, Boora said that a large quantity of weapons and drugs were also recovered during the drone dropping or infiltration, including four AK-47 rifles, seven pistols and 50 kgs of narcotic heroin etc.
“It does not matter to us whether there is a terrorist network across the border in Pakistan or not, whoever the enemy may be, we are capable of elimitating him,” he said.
“Border Security Force is doing a good job. Despite several attempts by the neighboring country, the borders have been kept incident-free,” he added and said, “not only the jawans, but the border dwellers are also acting as ears and eyes to the force.”
He said that the BSF is also encouraging farmers with full security who are engaged in farming close to the fence.
On the drone threat, he said, “drone were a challenge for us but a solution has also been found for that too. BSF jawans are equipped with modern weapons, which are capable of shooting down drones very easily and with the help of these weapons we have completely foiled the drone threat along the Jammu border.”
During the last few days, Pakistan tried to infiltrate the Indian border with the help of drones but was forced to return after prompt and alert action from the BSF, said Boora.
Not only this, the IG said that with the help of drones, the consignment of arms and narcotics dropped in the Indian border was also recovered, adding, “in Punjab, BSF is shooting down drones every second or third day. We are already on alert. As far as the number of drone intrusions is concerned, I can’t say anything about it but, the problem has been solved to a great extent in the region.”
He said that good coordination between BSF, intelligence agencies, Jammu and Kashmir Police and border population has resulted in keeping watch on every moment of the enemy.
“The border guards have vigilantly kept 192 km of the International Border incident free this year so far and all attempts made from across the border, were neutralised by them,” said IG Boora. (AGENCIES)