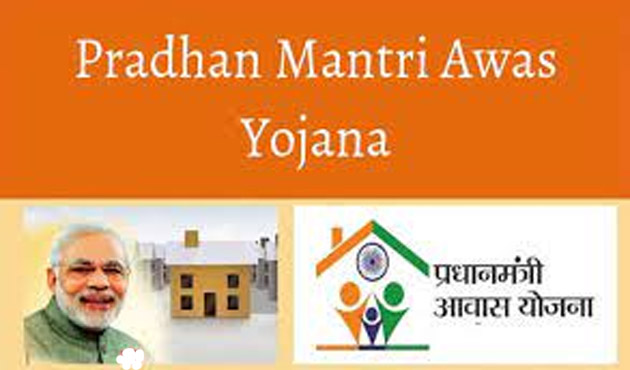 The outreach and the interaction with the people by the Governments and the leadership are extremely important and both are the twin sides of sharing with and knowing from the people, varied information about various achievements of the Government, towards bettering the lot of the people and undertaking different developmental works. Awakening deficit about such sharing of information results in not knowing the difference on comparative basis whether improvement took place or there was inertial status besides resulting in not minimising the distance between the political leadership and the people. Prime Minister Narendra Modi, very often shares and interacts with different groups and beneficiaries of people of various developmental schemes , mostly on virtual basis, which helps in building a strong bridge between the people and the Government. However, sharing of quantitative information and enhancing opportunities of access to various schemes by the deserving, eligible and targeted sections must be the aim of such interactions and outreaches, therefore, necessitating periodic reviews and follow-up.
The other aspect of the interaction is sharing the new and the emerging economic and commercial opportunities like Ladakh tourism that promised not only employment opportunities for the people concerned , development of areas specific but also how the economy of the UT Ladakh could get the requisite strength from a fast developing tourism industry . Trying to know more and latest about the tourism in Ladakh, the PM interacted with an ex Army personnel who happened to be one of the satisfied beneficiaries of the PMAY who besides sharing with the PM his experience of getting a pucca , “rain proof ” house told him that Ladakh tourism was doing fine and that “the tourist were coming in large numbers”. While the Prime Minister got the actual and ground based feedback from him (Tashi Tundup ) about the benefits from schemes like the PMAY, Jal Jewan Mission, gas connections, farming, toilets as also about Ladakh tourism , the PM also highlighted Tushi’s services as an Army man.
The role about the modes of communication like the media especially the electronic media came into limelight again during the interaction between the PM and Tushi when he told that through television channels, he came to know about the said schemes and for availing of facilities under those schemes he encountered no problems .Such interactions about the fate and levels of implementation of various schemes for the welfare of the people in a particular area , a State , an Union Territory and the like with special reference to things like tourism, people come to know about the importance thereof and as such the exercise results in brightening the prospects of more and more people getting tempted to availing of the benefits there-under. In respect of tourism, likewise, people prefer to visit such places which are of interest from tourism angle.
The Governments must not only be seen ruling as a routine or ruling in the extreme sense but how they existed to serve the people . Pointing to that precisely , the Prime Minister wanted to draw a line of distinction between ”what it used to be ” against ”what it is presently” notwithstanding the fact that everything could not be taken as such on the face of it. In his recently held a public rally in Shimla which was termed as Garib kalyan Sammelan , many arrows came out of the quiver of Narendra Modi while counting the achievements of eight years of his Government’s achievements. Why the PM counted number of achievements of his Government one after the other in the Garib Kalyan Sammalen in Shimla could also be seen in the context of ensuing Assembly elections in Himachal Pradesh which has a near established ”tradition” of rotating the two political parties – the BJP and the Congress – on five year basis to be elected to power and it is to be seen whether that ”tradition” continues or gets broken in the elections this time.
However, the fact of the matter is that the beneficiaries under the Prime Minister’s Awaas Yojna as on date have crossed the figure of 55 lakh who have moved into their dwellings as against the number of 1.13 crore houses having been sanctioned under the Yojna having thus definitely made a mark especially when newer techniques in construction have been employed like utilising sustainable and energy – efficient methods. Such rallies , it may be analysed, give a push to awareness raising process that seeks to educate and inform people with intent to mobilise the power of the public opinion and more so ”influence” their attitudes and choice of electing their representatives. This is , however, conditioned by whether there have really been achievements and good governance and to what extent so that, on comparative basis, an analysis could be made.