E-Paper
Home Latest News Instead stopping Oppn leaders from visiting Srinagar, Centre should have sent them... 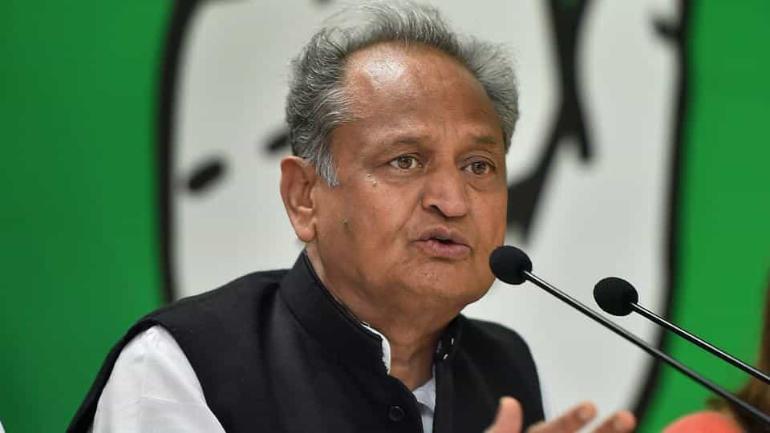 JAIPUR: Criticising the Centre for stopping an opposition delegation led by Congress leader Rahul Gandhi from visiting Srinagar, Rajasthan Chief Minister Ashok Gehlot on Saturday said the government instead itself should have sent an opposition leaders’ team there to check the facts and win people’s trust to its decision.

“The government itself should have sent a delegation of opposition leaders and let them check the things on ground themselves,” Gehlot told reporters outside the Rajasthan assembly here.

“The opposition parties could have visited Srinagar and come back and told the truth to the whole country. It would have built confidence among people,” he added.

Recalling former Prime Minister Indira Gandhi’s move to send delegations of opposition leaders to various countries amid the Bangaldesh liberation war, Gehlot said the Centre was expected to do something similar after the revocation of J&K special status and nullification of Article 370.

Gehlot said instead of stopping opposition leaders at the Srinagar airport, the government should have facilitated their visit to Srinagar and let them roam around and talk to the local people. It could have given the signal that democracy is still strong in Jammu and Kashmir and and the entire country.

“You (the government) talk of stopping them, I think it cannot be justified in any manner,” he said.

Referring to the situation in Jammu and Kashmir, Gehlot said, “It is almost twenty days since the people have been forced to stay behind doors. All the telephone, mobile and internet services have been down.”

“The right to liberty is a fundamental right in our Constitution. The government cannot compel citizens to stay behind doors,” he said.

The chief minister also criticised the BJP for allegedly claiming the sole right of patriotism and accused it of misleading people.

“An atmosphere has been created as if they (BJP) alone are patriotic and not others,” said Gehlot.

“They have been successful in misleading the general public as well. But the people will gradually understand the truth and expose them. Truth always triumphs,” he added.

On former Finance Minister P Chidambaram’s arrest, Gehlot said the government is doing all the dramas to divert people’s attention from real issues and the people understand it.