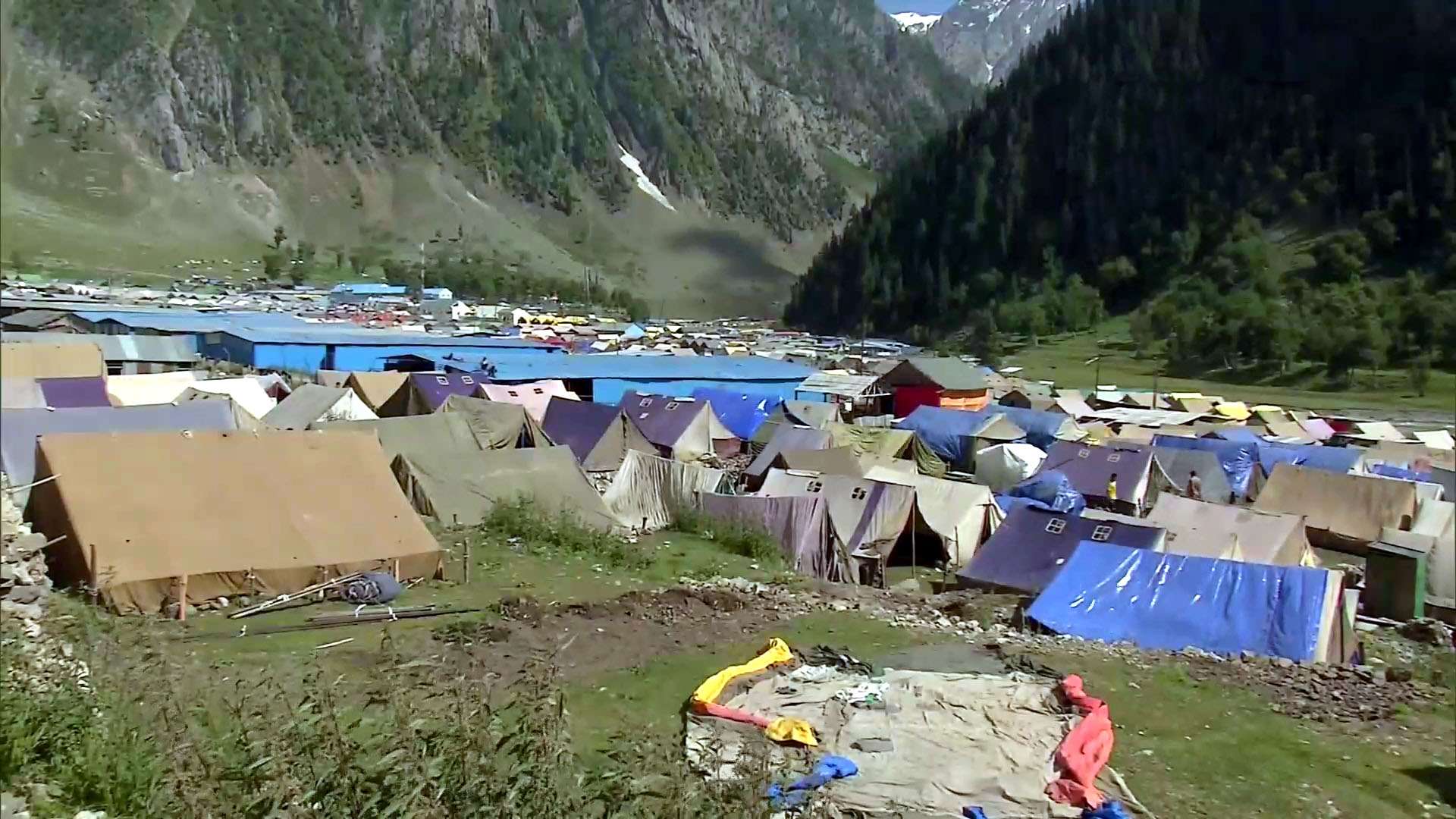 Sonamarg, June 27 : With just three days left for the commencement of the Amarnath Yatra 2022, the installation of tents in the Baltal base camp for pilgrims nears an end.
The first batch of Amarnath pilgrims leaves Bhagwati Nagar-base camp in Jammu.
Yatra will begin on June 30, earlier it was scheduled for June 29.
“Baltal holds about 1,200 tents already. Numbers are now being increased by 500 with help of the army, district administration & shrine board. Each of these tents can house 10 people. This generates a lot of employment opportunities for locals,” said Camp Director NS Jamwal.
Hundreds of tents are almost ready for the upcoming Amarnath yatra which will begin on Thursday after a gap of two years.
About three lakh pilgrims are likely to take part in the pilgrimage to the cave shrine located in the upper reaches of south Kashmir.
The Jammu and Kashmir government had cancelled the annual Amarnath pilgrimage due to the prevailing COVID-19 situation in 2020 and 2021. For the first time, the Amarnath Yatra was cancelled in 2019 a few days ahead of the revocation of Article 370, and 35A was withdrawn from Jammu and Kashmir and all travellers were asked to return as soon as possible.
But this year everything is under control and the government fully gears up and makes all arrangements including tent facilities for pilgrims. It’s a decades-old tradition that local people always provide tent facilities for pilgrims.
Amarnath yatra is no less than a Mahotsav, as it gives business to the local people of the Kashmir valley. Because of the yatra, hundreds of people including pony man, shopkeepers and tenting agencies are earning their livelihood.
“Kashmir is known for its hospitality and that’s why for decades, instead of the government, locals are arranging stays for pilgrims,” said a Baltal base camp director.
The Amarnath shrine pilgrimage to the 3,880-meter-high cave shrine of Lord Shiva, located in the upper reaches of the Himalayas. (Agencies)