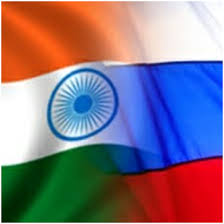 BIKANER: A 72-hour validation exercise, which was conducted as part of the ongoing ‘Exercise SHAKTI 2019′ between Indian and French armies, concluded in Rajasthan’s Bikaner city on Tuesday.

The validation exercise, which began on November 10, was conducted in Bikaner’s Mahajan field firing ranges.

It focussed on operations in counter-terrorism environment under the United Nations mandate and culminated with a 36-hour-long outdoor training in the harsh desert terrain, Defence spokesperson Colonel Sombit Ghosh said in a release.

The exercise was planned to learn about terrorists’ modus operandi, methods for intelligence acquisition, proficiency in joint planning, surprise and deception measures and waning collateral damage, he said.

The Indian and French contingents worked in a seamless and integrated manner to carry out the joint operations, including the room intervention drill, Ghosh said. (AGENCIES)