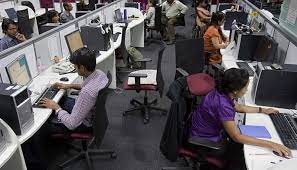 New Delhi, Sept 5: With job creation strongest in 14 years, India’s services sector PMI (Purchasing Managers’ Index) rose from July’s four-month low of 55.5 to 57.2 in August on the back of a quicker upturn in business activity and employment, as per S&P Global survey released on Monday.
A reading above 50 means expansion while a print below it shows contraction.
The survey findings released by S&P Global said that Indian service providers welcomed a stronger expansion in new work intakes with a quicker upturn in business activity and the sharpest rise in employment for over 14 years.
“Forecasts regarding the year-ahead outlook for output were revised higher, with optimism at its greatest degree since May 2018. Complementing the uptick in growth was a slower increase in input costs during August,” it said.
The private survey closely monitored by markets, economists and policy-makers said that combination of strong sales and upbeat growth projections underpinned a substantial increase in payroll numbers across the service sector.
“The rate of job creation picked up to the strongest in over 14 years. Employment trends improved in each of the four monitored sub-sectors,” it further said.
Earlier, S&P Global survey for manufacturing had shown that India’s factory activity had remained strong in August.
Commenting on the latest PMI services data, Pollyanna De Lima, Economics Associate Director at S&P Global Market Intelligence, said that Indian services activity rose strongly midway through the second fiscal quarter with the pace of expansion recovering some of the ground lost in July.
“The pick-up in growth stemmed from a rebound in new business gains as firms continued to benefit from the lifting of COVID-19 restrictions and ongoing marketing efforts,” De Lima said.
The economist further said that with demand showing considerable resilience, service providers maintained a degree of pricing power and lifted selling prices amid the transfer of cost increases to customers.
“While the rate of charge inflation was broadly similar to July, there was a considerably softer upturn in input costs. The latter rose at the weakest pace in close to a year,” De Lima noted.
(UNI)