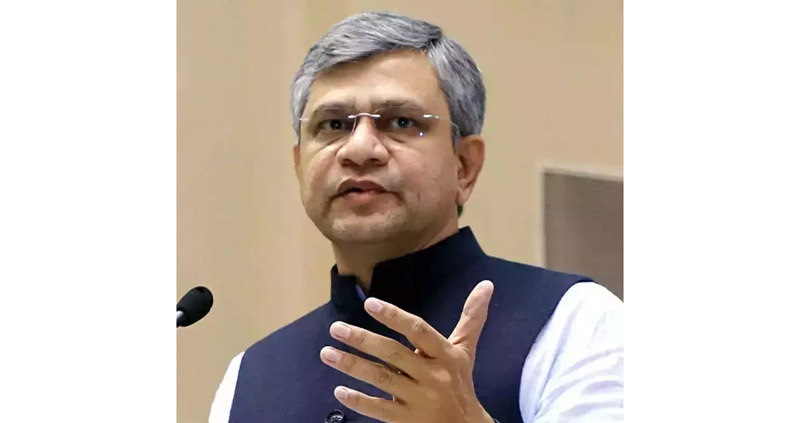 NEW DELHI, Mar 30: India’s indigenous 4G mobile network has been prepared in the shortest possible time and is ready for rollout soon while the 5G network will be ready by the end of 2022, Telecom Minister Ashwini Vaishnaw said in Lok Sabha on Wednesday.
He said after many years, state-owned BSNL has been able to make operating profit after improvement in its services.
Vaishnaw said Indian engineers have prepared the country’s own 4G network which is ready for launch very soon.
“The whole world is looking at us with surprise how India has built its 4G network so soon,” he said during Question Hour.
The Minister said the 5G network is built on the 4G and the work is going on to build the 5G. “The scientists have predicted that our 5G network will be ready by the end of this year,” he said.
Replying to a supplementary on the poor connectivity in many areas of the country, Vaishnaw said nine schemes have been taken by the Government to improve mobile telecom networks that include construction of over 9,000 towers in aspirational districts and Northeastern region.
In addition, he said, a Rs 6,446 crore scheme has been taken to improve mobile infrastructure in over 60,200 villages across the country.
“Results have started coming due to all these initiatives and the mobile network has been improved significantly in different parts of the country,” he said.
Referring to BSNL, the minister said everyone knew who was responsible for the poor health of the company but because of the steps taken by the government, BSNL has been able to make operational profit after a long time and people should acknowledge it.
“After the Rs 69,000 crore package announced in 2019, BSNL has become a stable entity. In this year’s budget too, Rs 44,720 crore provision has been made,” he said.
The Minister said the Telecom Regulatory Authority of India monitors the performance of Telecom Service Providers (TSPs), including BSNL, against the benchmarks for various Quality of Service (QoS) parameters laid down by TRAI by way of QoS regulations issued from time to time, through Quarterly Performance Monitoring Reports (PMRs) received from TSPs.
As per PMR for quarter ended September 2021, BSNL is meeting, in general, most of the QoS parameters for its cellular and basic services in Uttar Pradesh, including its aspirational districts, he said. (PTI)