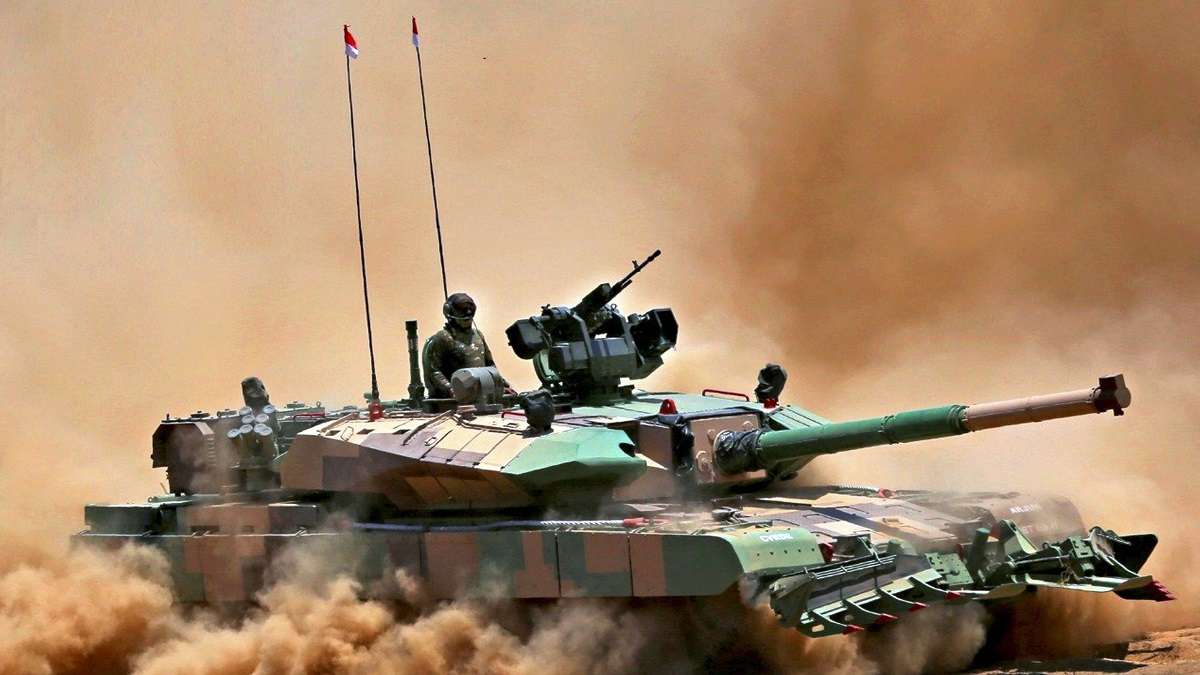 Asad Mirza
India’s defence exports to various countries have increased manifold in recent years, the latest deal is to export Indian rocket launchers to Armenia.
According to reports, India would supply the ‘Pinaka’ multi-rocket launcher system, which can fire a salvo of 12 HE rockets in 44 seconds to Armenia besides anti-tank missiles and a variety of ammunition as part of a package agreement. The complete details of these armaments have not yet been disclosed.Pinaka saw service during the Kargil War, where it was successful in neutralising enemy positions on the mountaintops.
While the deal’s value has not been disclosed, the report claims armament worth $250 million or INR 2,000 crores would be sold over the next few months.The deal was signed earlier this month and supplies are to be fast-tracked.
It is not the first time that Armenia has received weapons equipment from India. In 2020, India triumphed over Russia and Poland in a $40 million defence agreement with Armenia providing it with four indigenous ‘Swathi’ counter-battery radars.
This disclosure comes days after India called on the “aggressor side” in fresh fighting along the Armenia-Azerbaijan border to “immediately cease hostilities” without directly naming Azerbaijan. Latest fighting erupted between the two sides on September 13.
India’s defence exports
Meanwhile, it seems the Armenian-Azerbaijan conflict has helped India to boost its arms exports. According to reports India recently announced figures for the highest-ever defence export growth that swelled by a staggering 334% over the last five years.
In fact India is chasing an even higher target. In 2020, the Modi government had set a target of Rs 35,000 crore ($ 5 billion) export in aerospace, and defence goods and services in the next five years. This is part of the turnover of Rs 1.75 lakh crore ($ 25 billion) in defence manufacturing by 2025 that the government is aiming to achieve.
India’s defence exports touched a record Rs 13,000 crore in 2021-22, “eight times” of what it was around five years ago.
Besides the strategic importance of the deal with Armenia, the export order is a boost for the indigenous defence industry with the Indian government keen to increase the value of Indian arms exports.
India had also signed a contract with the Philippines in January 2022 for the sale of BrahMos missiles.
Currently, India exports defence equipment to 75 countries and these include weapon simulators, tear gas launcher, torpedo loading mechanism, alarm monitoring and control, night vision monocular and binocular, light-weight torpedo and fire control systems, armoured protection vehicle, weapons locating radar, high-frequency radio, coastal surveillance radar among others.
Armenia-Azerbaijan conflict
The issue of the conclave of Nagorno-Karabakh has always been the bone of contention between Armenia and Azerbaijan ever since the two countries became independent republics, after gaining independence from the erstwhile USSR.
The disputed region of Nagorno-Karabakh lies in Azerbaijan and is inhabited mostly by ethnic Armenians. The conflict escalated into a full-scale war in the early 1990s which later transformed into a low-intensity conflict until four-day escalation in April 2016 and then into another full-scale war in 2020.
A ceasefire signed in 1994 in Bishkek was followed by two decades of relative stability, which significantly deteriorated along with Azerbaijan’s increasing frustration with the status quo, at odds with Armenia’s efforts to cement it.
Azerbaijan, for one, has received backing from its traditional allies and supporters, Turkey and Israel. During the 2020 skirmish between the two combatants, Baku turned the tide in its favour by overwhelmingly deploying Turkish Bayraktar and Israeli kamikaze drones.
While Armenia has often turned to Russia for support, Moscow’s preoccupation with the on-going war against Ukraine has resulted in not a very supportive response, this time.
In the face of rising hostilities and little military aid, the defence deal with India may prove to be a shot in the arm for a beleaguered Armenia.
Azerbaijan-Turkey-Pakistan relationship
India’s military assistance for Armenia comes against the backdrop of its regional rival’s bonhomie with Azerbaijan. Pakistan has consistently backed Azerbaijan in the Nagorno-Karabakh conflict and has refused to establish diplomatic ties and legally recognise Armenia as an independent state.
Azerbaijan is seen by many as part of an emerging axis with Turkey and Pakistan. It has used Turkish drones to fight war against Armenia, and is also in talks with Pakistan to buy the JF-17 fighter aircraft.
In 2017, Turkey, Azerbaijan, and Pakistan had signed a Trilateral Ministers Agreement that established security cooperation, and built upon previous bilateral military aid arrangements.These three countries also conducted a joint exercise named ‘Three Brothers’ last year.
The rise of Azerbaijan with increased Turkey-Pakistan military cooperation is a direct warning to India. Azerbaijan has acquired many deadly weapons by increasing friendship with Turkey and Pakistan in the name of Islam. Indian fears that other countries may also go along this route in the name of Islamic countries are not unfounded.
However, in spite of these developments, an interesting fact is that India has stronger economic ties with Azerbaijan than with Armenia. Indian company ONGC has also invested heavily in Azerbaijan’s gas sector. The Indian bilateral trade with Azerbaijan in 2019 stood at $1093 million, while with Armenia it was only $48 million in 2020.
Broadly this latest defence deal will place India as one of the emerging global powers with rising defence exports capability.In addition it will also allow it to play a significant role in the central Asian republics and regionally, both.
(The author is a political commentator based in New Delhi.)