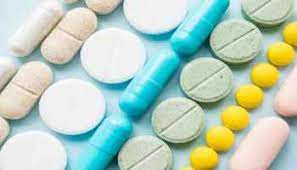 New Delhi, Oct 6: Glenmark Pharmaceuticals on Thursday said it has launched Thiazolidinedione Lobeglitazone in the country for the treatment of type 2 diabetes in adults.
The Mumbai-based drug firm has launched the medication under the brand name LOBG and is priced at around Rs 10 per tablet.
Indians have a high prevalence of insulin resistance and that makes LOBG an appealing treatment option in managing uncontrolled Type 2 diabetes among insulin-resistant diabetic patients, Glenmark Pharmaceuticals said in a statement.
The company had received approval from the Indian drug regulator, Drug Controller General of India, for manufacturing and marketing Lobeglitazone, based on a randomised, double-blind Phase 3 clinical trial conducted on adult Type 2 diabetic patients, aged 18 years and older.
“As per the International Diabetes Federation, diabetes affects 74 million adults in India, of which, around 40 per cent of them seem to be insulin-resistant…
“We are proud to introduce LOBG; an innovative and affordable drug, which will help in tackling insulin resistance among adult patients suffering from uncontrolled Type 2 diabetes in the country,” Glenmark Pharmaceuticals EVP & Business Head India Formulations Alok Malik noted.
According to IQVIA sales data for the 12-month period ending August 2022, the market for oral anti-diabetic drugs in India is estimated to be Rs 11,725 crore with an annual growth of 7 per cent against the corresponding period last year.
As per the International Diabetes Federation (IDF), the prevalence of diabetes in India is expected to increase to 125 million by 2045.
Moreover, every four out of ten diabetic patients seem to have insulin resistance in India, Glenmark said. (PTI)