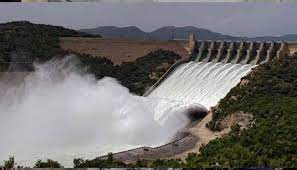 ISLAMABAD, Mar 1: India and Pakistan on Tuesday began three days of talks in Islamabad over water disputes between the two countries.
A 10-member delegation of the Indus Water Commission from India arrived in Lahore on Monday to hold talks with Pakistani officials. The delegation, headed by Indian Water Commissioner Pradeep Kumar Saxena, reached Pakistan via the Wagah border crossing, Ary News said.
The Indian water experts team proceeded to Islamabad for holding talks over water disputes between the two countries during their three-day visit of Pakistan.
The Permanent Indus Commission will hold its annual meeting in the federal capital Islamabad from March to 3. According to the agenda of the meeting, the discussions will focus on Pakistan’s objections to Indian hydroelectric projects, namely Pakal Dul (1,000 MW), Lower Kalnai (48 MW) and Kiru (624 MW) in Chenab basin in Jammu and Kashmir and some small hydroelectric projects in Ladakh.
The previous meeting of the India-Pakistan Permanent Indus Commission was held in New Delhi on 23-24 March last year. During that meeting, the Pakistan side reiterated its objections to Indian water projects including Pakal Dul (on the Marusudar river, a tributary of the Chenab, in Kishtwar district of the J&K), Lower Kalnai (on tributary of river Chenab in Doda district of J&K), Durbuk Shyok and Nimu Chilling in Ladakh.
Pakistan has asked India to share data of water flows as per the provisions of the Indus Waters Treaty, following the practice in vogue since 1989. (UNI)