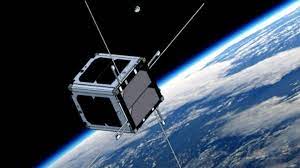 Bengaluru, Mar 18: Indian space startup Pixxel on
Thursday announced the close of its USD 7.3 million seed round with new capital fromOmnivoreandTechstarsjoining alongside previous investorsLightspeed Ventures,BlumeVentures,growX, Ryan Johnson and others.
This additional funding will enable Pixxel to continue to rapidly scale its operations to meet the growing demand of high-quality remote sensing data through hyperspectral imaging, the Bengaluru-basedprivate earth imaging company said in a statement.
Pixxel, founded in 2019, also said it would build “the world’s highest resolution hyperspectral satellite constellation”, adding, the company’s first hyperspectral satellite will be launched within the next few months.
Pixxel CEO Awais Ahmed, said,”Our new funding enables us to build a health monitor for the planet through the world’s most advanced hyperspectral small-satellites. This enables us to capture some of the richest imagery that’s ever been beamed down to earth.”
Compared to the common multispectral satellites prevalent today, Pixxel’s hyperspectral earth-imaging satellites will beam down 50x more information by capturing light reflected from earth in far more detail and in much narrower bands than just red, green and blue, the company said. (PTI)