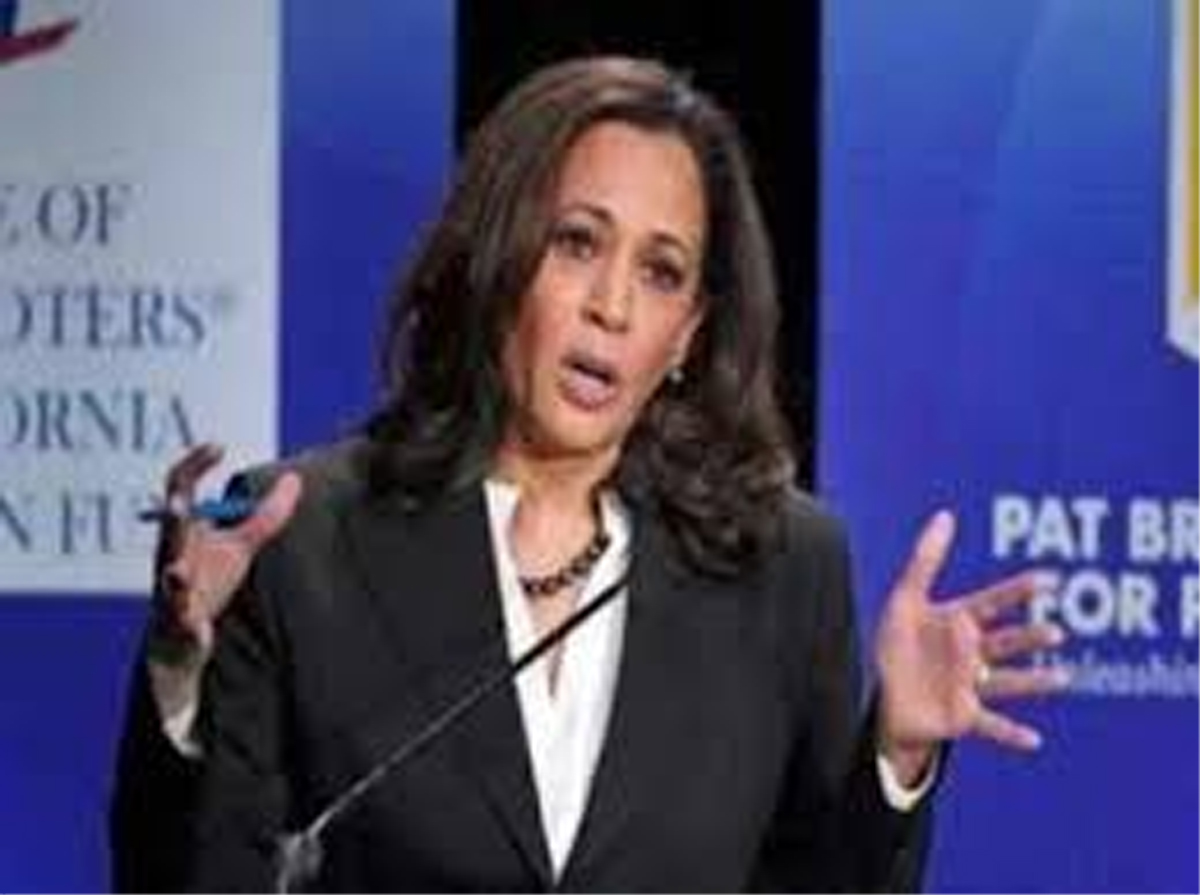 WASHINGTON, June 30: Kamala Harris, the first Indian-origin Senator and one of the top Democrats eyeing the White House in the 2020 presidential run, has been racially targeted online of her identity as “not an American Black”, according to media reports.

Harris, 54, who was born in the US to an Indian mother and a Jamaican father who were both immigrants, has directly confronted critics before who have questioned her black heritage.

Harris, Senator from California, was the target of birtherism-like attack, the latest jabs to racism faced by former President Barack Obama, CNN reported.

“Birtherism,” promoted by some Republicans, including President Donald Trump before he assumed the presidency, was a movement that denied former President Obama was a natural-born US citizen, implying he was ineligible to be president.

“Kamala Harris is *not* an American Black. She is half Indian and half Jamaican,” the critic, who identified as African American, tweeted.

“I’m so sick of people robbing American Blacks (like myself) of our history. It’s disgusting. Now using it for debate time at #DemDebate2? These are my people not her people. Freaking disgusting,” the critic tweeted.

The tweet was however, re-tweeted by President Trump’s son Donald Trump Jr.

Trump, a valuable Republican surrogate as his father faces a bruising 2020 race, posted the tweet of unverified information, then asked his more than three million followers: “Is this true? Wow,” the report added.

“Don’s tweet was simply him asking if it was true that Kamala Harris was half-Indian because it’s not something he had ever heard before,” said the spokesman, Andy Surabian, “and once he saw that folks were misconstruing the intent of his tweet, he quickly deleted it.”

Obama was born in Hawaii.

“This is the same type of racist attack his father used to attack Barack Obama,” Adams told CNN.

“It didn’t work then and it won’t work now.”

Harris has often resisted sharing her personal background on the campaign trail. But during Thursday’s debate, she confronted former Vice President Joe Biden about his history opposing busing and said she herself had been bused to a public school.

Biden, however, defended Harris on Saturday, saying in a tweet that “racism has no place in America.”

“The same forces of hatred rooted in ‘birtherism’ that questioned @BarackObama’s American citizenship, even his racial identity, are now being used against Senator @KamalaHarris,” Biden said. “It’s disgusting and we have to call it out when we see it.”

Of the 2020 Democratic hopefuls, Massachusetts Sen. Elizabeth Warren appeared to be the first on Saturday to defend Harris.

“The attacks against @KamalaHarris are racist and ugly,” Warren tweeted. “We all have an obligation to speak out and say so. And it’s within the power and obligation of tech companies to stop these vile lies dead in their tracks.”

Other Democrats on the campaign trail chimed in.

Washington Governor Jay Inslee accused the Trump family of “peddling birtherism,” an apparent reference to the president’s attacks against Obama.

US Representative Tim Ryan, D-Ohio, also compared the online attacks, which claim Harris is not a black American because her father is Jamaican, to “birtherism,” whose proponents claimed incorrectly that Obama was born in Kenya.

“The attack on @KamalaHarris is racist and we can’t allow it to go unchecked,” Ryan tweeted. “We have a responsibility to call out this birtherism and the continued spread of misinformation.” (PTI)