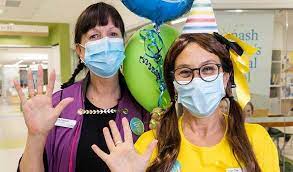 Sydney, Aug 8: An alumni of a Kerala medical college and paediatric cardiologist has carried out a Covid-related study that shows vaccine-associated myocarditis risk among adolescents.

Researchers from Australia’s Monash University have completed a study of vaccine-associated myocarditis risk in adolescents, showing that risks are “mild” and outweighed by the long-term risks of Covid-19.
The study, published in the Medical Journal of Australia on Monday, followed the course of 33 adolescents, between the ages of 12 and 18, who presented to Monash Children’s Hospital with typical symptoms of myocarditis following receiving a Covid-19 vaccine, reports Xinhua.
Led by Suraj Varma, a paediatric cardiologist at Monash Heart and Monash Children’s Hospital, the study was the largest of its kind for a single children’s hospital. Varma is from the Government Medical College, Kozhikode.
Varma and her team said all of the patients recovered after an average of just over two days.
“Covid-19 mRNA vaccine-associated myocarditis has a mild, self-resolving clinical course, in contrast to reported complications and long-term sequelae associated with Covid-19, such as multisystem inflammatory syndrome in children, and other forms of myocarditis,” said the report.
Myocarditis is a viral infection that causes inflammation of the heart muscle, and is a rare side-effect of mRNA vaccines. The condition has offered fuel for the spread of vaccine misinformation and anti-vaccine rhetoric.
A separate study of the instances of Myocarditis following an mRNA vaccine published in Nature Reviews Cardiology in December estimated that less than 0.005 percent of people (5 in 100,000) who received a vaccine developed the condition.
Rates in young people, under the age of 35, were slightly higher than across all ages.
The Monash study showed that even in extremely rare cases, the disease was mild and self-resolving. According to the researchers, none of the 33 included patients presented with congestive heart failure or required intensive care treatment, inotropic support, immunoglobulin or steroid therapy.
Vaccine rates for Australians under the age of 16 have lagged behind adult levels. According to national data from the Australian Department of Health and Aged Care, as of August 7, just over half, 54.3 percent, of Australians aged five to 15 have received two doses of a Covid vaccine.
Varma and her team hoped the new evidence would reassure parents that vaccines are safe and important for children. (UNI)