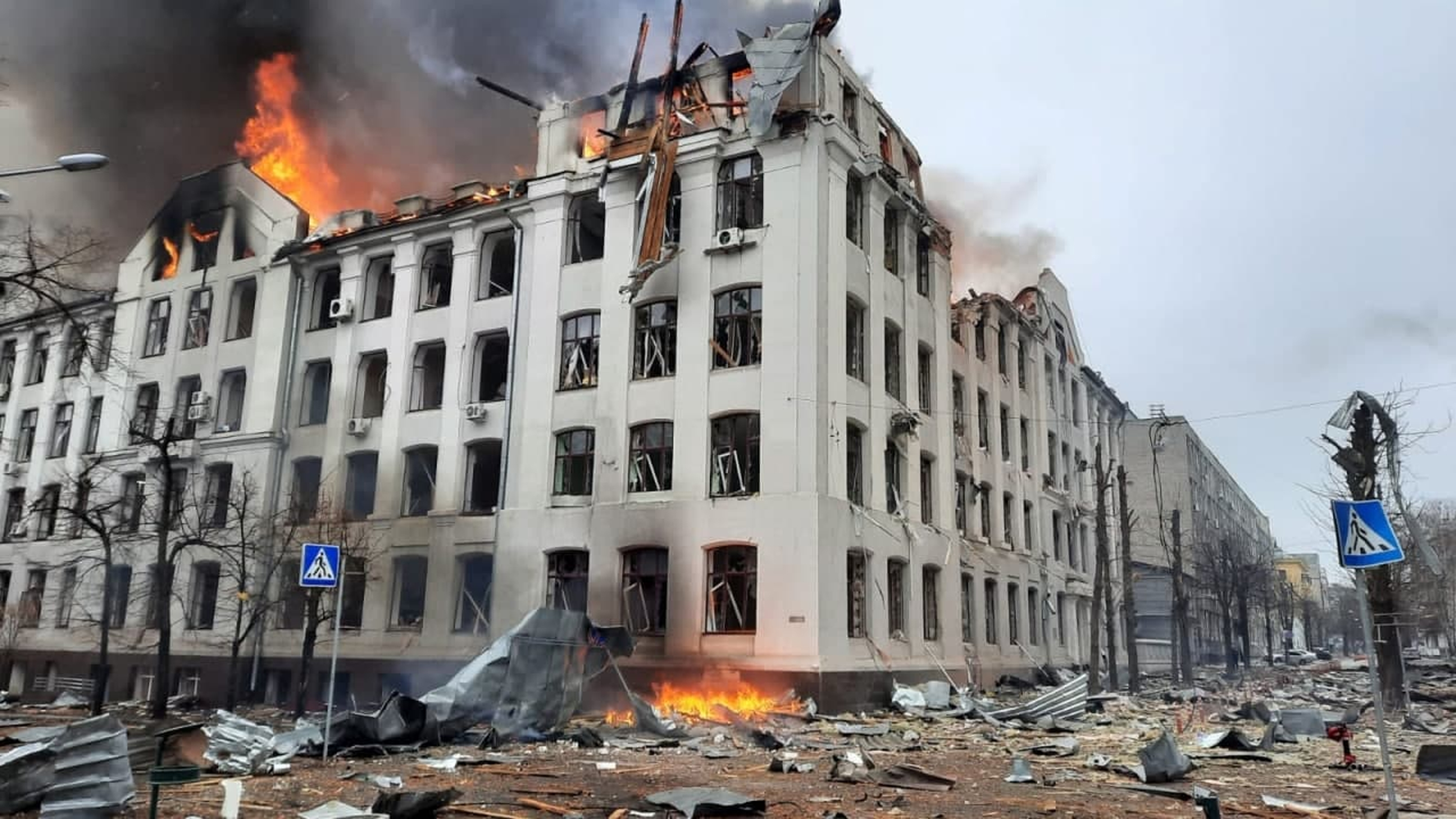 New Delhi, March 2: Indian Embassy in Kyiv issued an ‘urgent advisory’ for its nationals stranded in Ukraine asking them to leave Kharkiv immediately and to proceed to settlements at Pesochyn, Babai and Bezlyudivka by 1800 hrs (Ukrainian Time) on foot if they are unable to find vehicles for commuting to specified locations.
The Embassy issued this ‘urgent advisory’ for Indian Nationals stranded in Kharkiv in view of the ‘deteriorating situation in the city.
“For their own safety and security, they must leave Kharkiv immediately repeat immediately in the light of the deteriorating situation. They should proceed to pesochyn, babai and bezlyudivka as soon as possible for their safety,” the advisory said.
“Those students who cannot find vehicles or buses and are in railway station can proceed on foot to pisochyn (11 km) babai (12 km) and bezlyudivka (16 km) Proceed immediately. Under all circumstances Indians must reach these settlements by 1800 hrs (Ukrainian time) today,” it added.
It alerts the Indian Nationals to proceed immediately. “Under all circumstances, Indians must reach these settlements by 1800 hrs (Ukrainian time) today,” the advisory statement read.
This is the second advisory issued by the Embassy in Kyiv on Wednesday. Meanwhile, a total of 16 flights have already brought back stranded Indian nationals from Ukraine till today.
Foreign Secretary Harsh Vardhan Shringla said on Tuesday said that Indian nationals have left Kyiv and nearly 60 per cent of Indians in Ukraine have left the country so far.
“All of our nationals have left Kyiv. The information with us is that we have no more nationals left in Kyiv, nobody has contacted us from Kyiv since. All our enquiries reveal that each and every one of our nationals have come out of Kyiv,” Shringla said at a media briefing on the evacuation of Indian citizens from Ukraine in the wake of Russia’s military operations.
He said out of an estimated 20,000 Indian citizens in Ukraine, 60 per cent have left the country since the first advisory was issued by the government.
“We had an estimated 20,000 Indian nationals in Ukraine at the time we issued our first advisory.
Approximately 12,000 have left Ukraine so far, which means 60 per cent of the people have left the country. Of the remaining 40 per cent, roughly half remain in the conflict zone in Kharkiv and the other half have either reached the western border of Ukraine or are heading towards the western border. They are generally out of conflict areas,” Shringla said.
He also said a high-level meeting was also chaired by Prime Minister Narendra Modi. (AGENCIES)