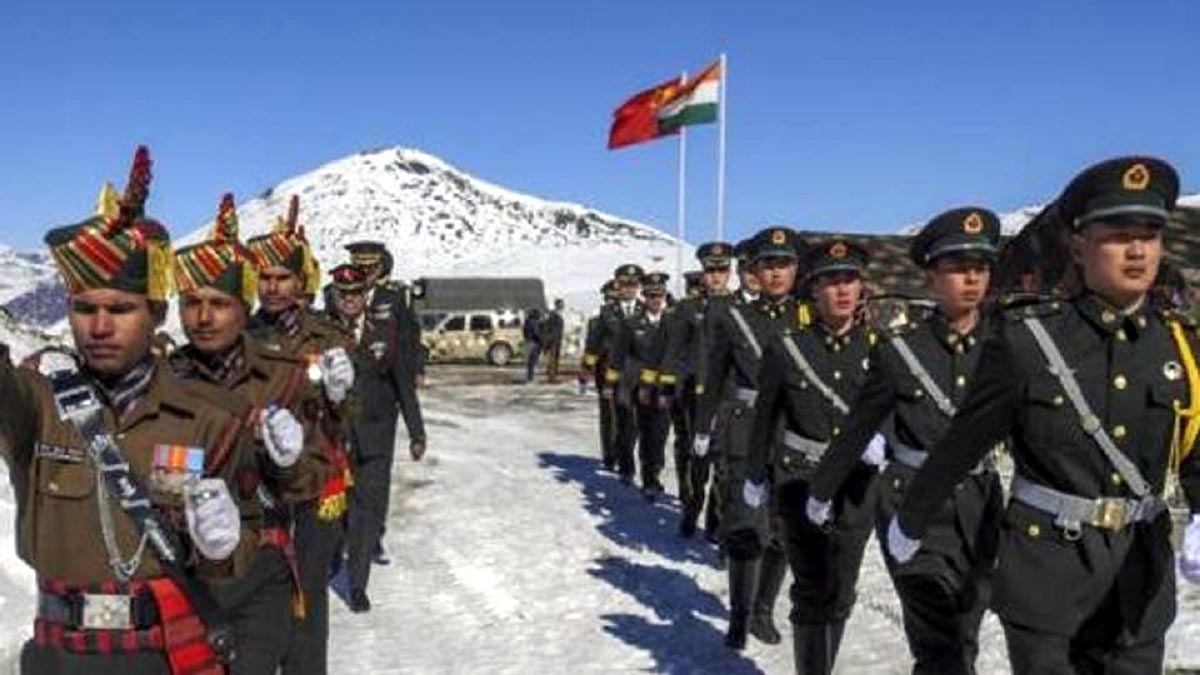 Eastern Ladakh stand-off
NEW DELHI, June 6:  Indian and Chinese Armies today held high-level military talks with a “positive” approach, signaling an intent to end their month-long bitter standoff in mountainous eastern Ladakh through peaceful dialogue, people aware of the development said.
The Indian delegation was led by Lt General Harinder Singh, the General Officer Commanding of Leh-based 14 Corps, while the Chinese side was headed by the Commander of the Tibet Military District.
“The talks were held in a positive atmosphere. The approach (by both sides) was positive,” a senior military official said on condition of anonymity.
It is learnt that the Indian delegation at the marathon talks pressed for restoration of status quo ante in all the sensitive areas along the Line of Actual Control besides seeking withdrawal of additional Chinese troops from the region.
Click here to watch video
The talks at the Border Personnel Meeting Point in Maldo on the Chinese side of the Line of Actual Control in Chushul sector was scheduled to begin around 8.30 am, but were deferred by over three hours due to bad weather in the high-altitude region, sources said.
They said the Indian delegation was warmly greeted by senior officials of the Chinese Army before the talks began.
Neither the Army nor the Ministry of External Affairs provided any details about the much-anticipated talks.
Without specifically mentioning about the talks, an Indian Army spokesperson said: “Indian and Chinese officials continue to remain engaged through the established military and diplomatic channels to address the current situation in the India-China border areas.”
The Lt General-level dialogue took place after 12 rounds of talks between local Commanders of the two Armies and three rounds of discussions at the level of Major General-rank officials could not produce any tangible outcome, the sources said.
They said India was not expecting any “concrete outcome” from the meeting, but considers it important as the high-level military dialogue could pave the way for a negotiated settlement of the tense standoff.
Saturday’s talks also came a day after the two countries held diplomatic talks during which both sides agreed to handle their “differences” through peaceful discussions while respecting each other’s sensitivities and concerns.
About the diplomatic dialogue, the External Affairs Ministry yesterday had said the two sides agreed to settle differences in accordance with guidance provided by leadership of two countries, in a reference to decisions taken by Prime Minister Narendra Modi and Chinese President Xi Jinping in their first informal summit in Chinese port city of Wuhan in 2018.
“Both sides agreed that in accordance with the guidance provided by the leadership, the two sides should handle their differences through peaceful discussion bearing in mind the importance of respecting each other’s sensitivities, concerns and aspirations and not allow them to become disputes,” it said.
After the standoff began in early last month, Indian military leadership decided that Indian troops will adopt a firm approach in dealing with the aggressive posturing by the Chinese troops in all disputed areas of Pangong Tso, Galwan Valley, Demchok and Daulat Beg Oldie.
The Chinese Army is learnt to have deployed around 2,500 troops in Pangong Tso and Galwan Valley besides gradually enhancing temporary infrastructure and weaponry.
The sources said satellite images have captured significant ramping up of defence infrastructure by China on its side of the LAC, the de-facto border, including by upgrading a military airbase around 180 km from the Pangong Tso area.
The Chinese Army has been gradually ramping up its strategic reserves in its rear bases near the LAC by rushing in artillery guns, infantry combat vehicles and heavy military equipment, the sources said.
China has also enhanced its presence in certain areas along the Line of Actual Control in Northern Sikkim and Uttarakhand following which India has also been its presence by sending additional troops, they said.
The trigger for the face-off was China’s stiff opposition to India laying a key road in the Finger area around the Pangong Tso Lake besides construction of another road connecting the Darbuk-Shayok-Daulat Beg Oldie road in Galwan Valley.
The road in the Finger area in Pangong Tso is considered crucial for India to carry out patrol. India has already decided not to stall any border infrastructure projects in eastern Ladakh in view of Chinese protests.
The situation in Eastern Ladakh deteriorated after around 250 Chinese and Indian soldiers were engaged in a violent face-off on May 5 and 6. The incident in Pangong Tso was followed by a similar incident in north Sikkim on May 9.
The India-China border dispute covers the 3,488-km-long LAC. China claims Arunachal Pradesh as part of southern Tibet while India contests it.
Both sides have been asserting that pending the final resolution of the boundary issue, it is necessary to maintain peace and tranquillity in the border areas. (PTI)