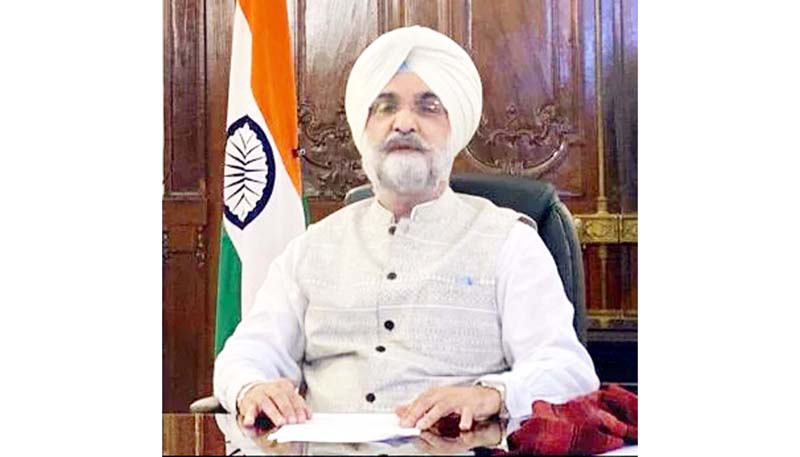 WASHINGTON, May 14: Indian-Americans have been a pillar of support for India in its fight against COVID-19, Ambassador Taranjit Singh Sandhu said here.
Sandhu, India’s Ambassador to the US, held a virtual interaction with some of the prominent Indian-American leaders from across the country on Thursday, during which he appreciated their overwhelming support.
“Interacted with Indian American community leaders across the US this afternoon. Diaspora in the US has been a strong pillar of support in our fight against the pandemic. Appreciate their efforts,” Sandhu said in a tweet later.
The outpour of assistance demonstrates the strength of the India-US partnership, he noted, and briefed the representatives about India’s immediate requirements in the fight against the pandemic. The Ambassador assured that the embassy and the consulates remain fully committed in facilitating and channelising the community’s offers of assistance. Several leaders of the community spoke during the interaction, outlining their efforts to contribute to the ongoing efforts in all possible manner.
Indian-American organisations have raised millions of dollars for COVID-19 assistance to India — the American India Foundation has raised USD25 million, Sewa International USA USD17 million and Indiaspora USD2.5 million, among others.
The Dallas-based US India Chamber of Commerce on Thursday shipped 115 ventilators and 800 oxygen concentrators. It has so far raised USD1.2 million. “The situation in India is catastrophic, however, India and the people of India are resilient and will see better days with the support of all of us,” the chamber’s founding president, Ashok Mago, said at the virtual meeting with Sandhu.
Tennessee-based eminent Indian-American cardiologist Dr Indranil Basu Rau has helped send 250 co-ventilators to India. The next batch of 660 more such ventilators is getting ready to be shipped, he said.
Sewa International has spent more than USD6 million in the last 15 days to procure lifesaving equipment such as oxygen concentrators, ventilators, BiPap, and CPAP machines as part of its ‘Help India Defeat COVID-19’ campaign.
“We got a phenomenal response from all Americans to our ‘Help India Defeat COVID-19 campaign’. Many corporations, hospitals, and community organisations are calling us to offer help. Sewa volunteers are working hard to connect the dots,” Sewa International president Arun Kankani said. (PTI)