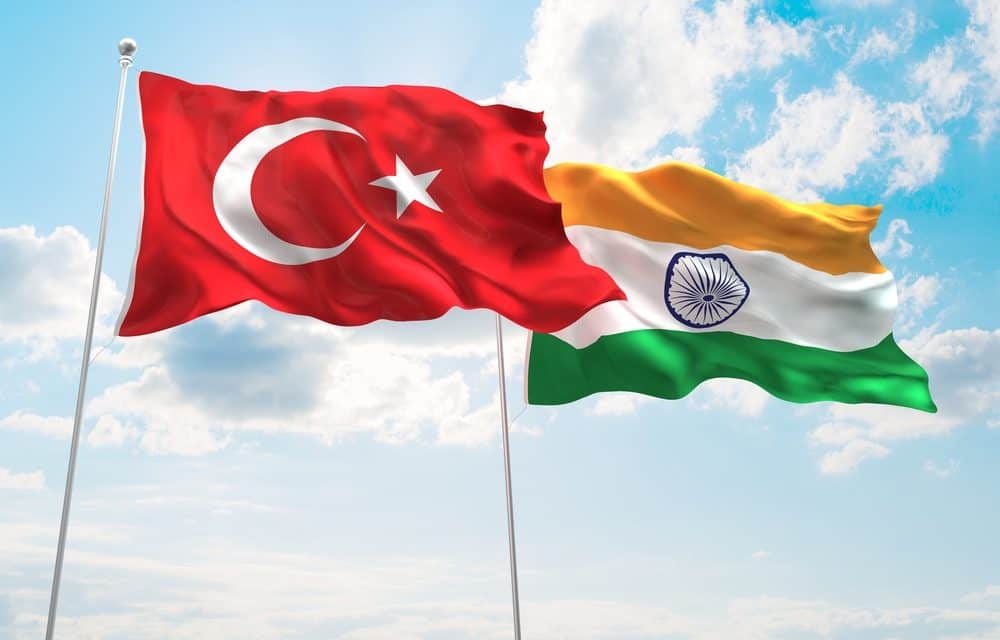 NEW DELHI: India and Turkey on Wednesday resolved to step up their economic ties with an aim to reach USD 10 billion bilateral trade by 2020.

Turkey’s Deputy Foreign Minister Sedat Onal, who is on a three-day India visit from Tuesday, held a meeting with Gitesh A Sarma, Secretary (West), under the institutional mechanism of Foreign Office Consultations.

Onal’s visit is part of the regular exchange between the two countries. The Deputy Foreign Minister had earlier visited India as part of the delegation of President Recep Tayyip Erdogan in May 2017.

Onal and Sarma held cordial discussions on various aspects of bilateral ties, including examining opportunities for enhancing trade and investment relations, the Ministry of External Affairs (MEA) said in a statement. (AGENCIES)