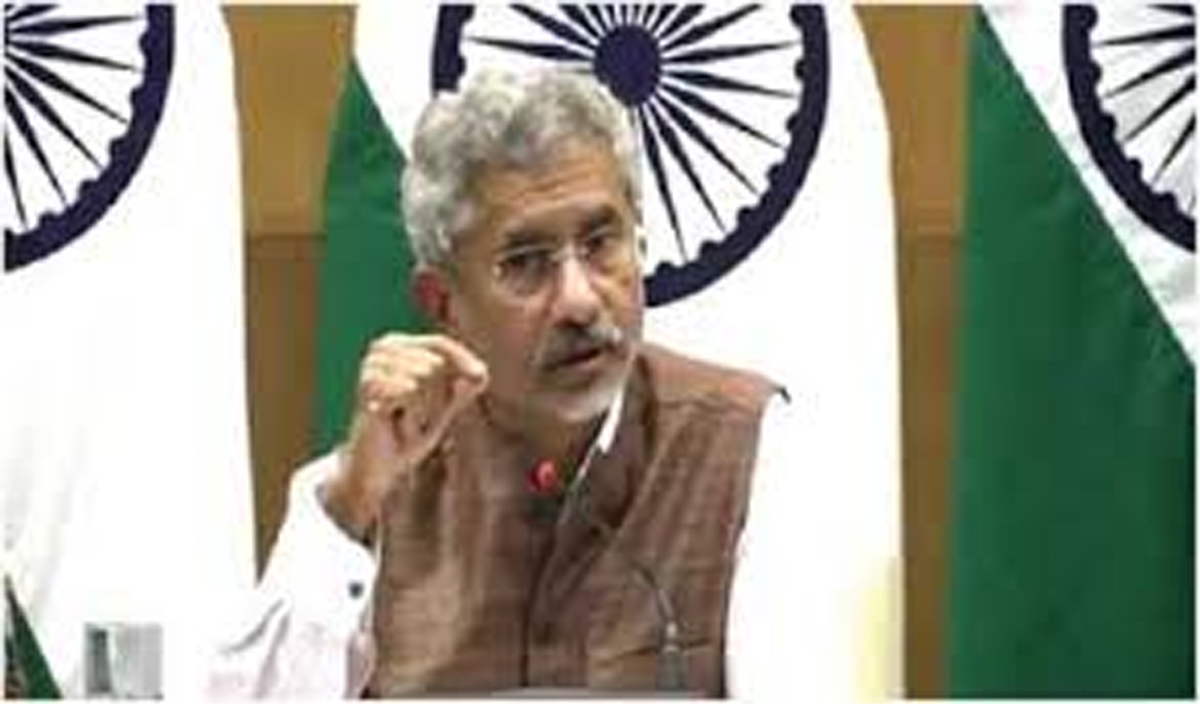 WASHINGTON, Oct 2:  India shares a historical relationship with Afghanistan, but should not advance prescriptions at the moment on the efforts to bring peace in the war-torn country, External Affairs Minister S Jaishankar has said.

Jaishankar expressed hope that the enormous achievements of the last 18 years are safeguarded in whatever direction the developments go in Afghanistan.

US President Donald Trump recently stunned the world when he suddenly declared that the Afghan peace talks with the Taliban were “dead”.

Trump cancelled a secret meeting with the Taliban and Afghan President Ashraf Ghani at Camp David near Washington. It came after the Taliban claimed responsibility for an attack in Kabul, in which an American soldier was among the dead.

“India has a relationship with that country, with that society, which is historical. It was there. It’ll keep continuing. It will be in the future as well. But at this time, it doesn’t make sense for me that India should advance prescriptions. India can have an approach,” Jaishankar said on Tuesday at the Atlantic Council, a top American think-tank.

“When we say, Afghan owned, Afghan controlled and Afghan led, that for us is a serious statement. It’s not a cliche,” he said in response to a question from a former Afghan diplomat.

“We are not impervious to the realities of what is happening out there. But we certainly hope that the enormous achievements of the last 18 years are safeguarded in whatever sort of direction, developments go in Afghanistan,” Jaishankar said.

Responding to a similar question on Afghanistan during his fire side chat organised by the US India Strategic and Partnership Forum (USISPF), the external affairs minister said India sees Afghanistan in much more prominent terms than the US does, partly because the two nations live much closer.

“At this time, we do understand that there’s something shifting in the United States, which will probably lead to a different posture. It’s not entirely a surprise,” he said.

“The US has been committed there for a long time. I think the challenge for all of us, actually most of all for the Afghans then for the US then for everybody else is how do you work out something with the broadest possible acceptance that the best possible outcome,” he said.

The best possible outcome will involve really preserving as much of the gains of the last two decades as possible. Some of it may be negotiated, some of it may not be, he said.

“But my gut sense in Afghanistan is that we tend to work too much out of the past. I think a lot of the changes which are kicked in in the last 20 years will make themselves felt in the future as well,” Jaishankar said.

At another think-tank CSIS, the minister said so much has changed in last 20 years that there are other alternative realities out there.

“My sense is you actually are going to see a fairly complex process because, it’s one thing to work out solutions on paper. Do bear in mind that real people are involved here and real people often have minds of their own and the minds of their own may not conform to what the paper says should be their fate. So I predict something far more complex than where we are right now,” Jaishankar said.

When asked about India’s solution to the Afghan problem in particular talks with the Taliban, the minister said India is conservative with offering prescriptions, particularly publicly.

The US had been conducting peace talks with the Taliban and the two sides were hopeful of a deal that included America cutting down on troops in Afghanistan and guarantees by Taliban of not allowing the Afghan soil to be ever used again for terror activities.

Trump has said that the United states has been a policeman in Afghanistan for a long time and “we’d like to get out but we’ll get out at the right time.”

Presidential elections were held in Afghanistan on  September 28 this year. (PTI)