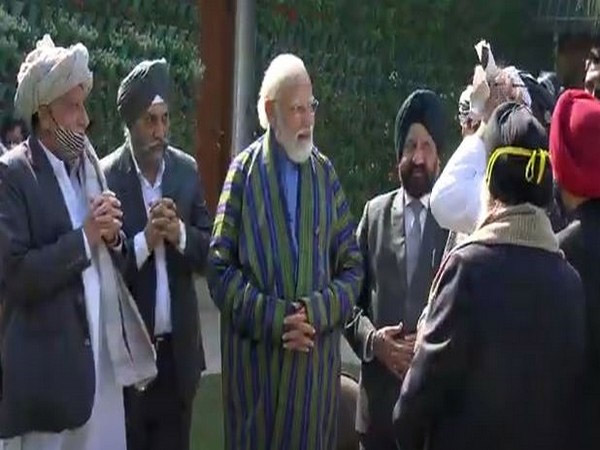 New Delhi : An Afghan Sikh-Hindu delegation on Saturday hailed Prime Minister Narendra Modi for enacting the Citizenship Amendment Act (CAA). In a meeting with PM Modi at his residence, the delegation praised the Central government for the CAA, saying it provided shelter to the Afghan refugees. PM Modi told the delegation told that India is their home. “This (India) is your home. You are not a guest for us and every Indian holds the same love and respect towards you,” PM Modi said during the meeting today. Hailing Prime Minister, one of the members said: “Only you (PM Modi) can understand the pain of the Indians and Sikhs living across the country. Wherever there is a problem I see you came forward.” The delegation members praised Prime Minister for taking various steps to allow the minorities in the neighbouring South Asian countries to take Indian citizenships. “When there was nobody listening, you were the only one who listened to us. They (the Afghan people) are all gathered here to thank you for the battle you fought during the (enactment of) CAA. After this, they get the opportunity to live in India,” they said. The delegation gifted an Afghan turban to PM Modi. Appreciating the gesture, Prime Minister said: “It (Afghan turban) is a symbol of Afghanistan. With me wearing the turban gifted by you all, former President of Afghanistan Hamid Karzai must have been very happy.” Recalling one incident during his visit to Kabul, he said personally I have received great care and love from Afghans. The delegation comprised of Afghan origin Indian national community leaders including Guljeet Singh, Harbhajan Singh, Dr Raghunath Kochar Afghan. This visit comes after PM Modi hosted a delegation of eminent personalities and spiritual leaders from the Sikh community at his official residence on Friday. (Agencies)