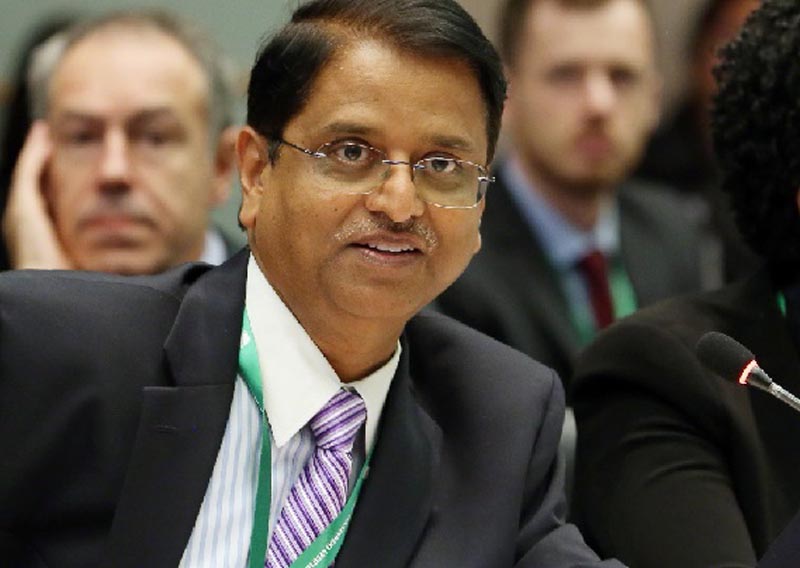 NADI (Fiji), May 4: India Saturday made a case for channeling pension and sovereign wealth funds of advanced countries to emerging markets with the help of ADB to spur economic growth in developing member countries (DMCs).

Innovation in financing will be the key to success of long-term growth strategy, Economic Affairs Secretary Subhash Chandra Garg said while addressing the Board of Governors of Asian Development Bank (ADB) here.

Amidst the continued global uncertainty, Asia retains the hope of a bright future, he said, adding that a more long-term structural view needs to be taken rather than responding to short-term uncertainties and risks presently seen.

“If we can, with ADB assisting, ensure flow of funds from advanced economies to the emerging market and developing economies, we would succeed in not only keeping global growth sustained high but also make significant dent on poverty and infrastructure services debt,” he said.

He emphasised that it is in emerging markets and developing economies where consumption is rising and more investment can and should be made there.

On the other hand, he said, owing to several factors, advanced economies are seeing stagnant consumption and they have much larger savings pools in pensions, insurance and sovereign wealth funds than their investment requirement.

Talking about the Indian economy, Garg said it has witnessed a robust growth of 7.5 per cent on an average in the last five years and has emerged as the fastest growing major economy in the world.

This momentum in growth has been combined with efforts in containing inflation to an average 4.6 per cent, and reducing the fiscal deficit to 3.4 per cent in 2018-19, he said.

“India has managed to contain the debt-to-GDP ratio at 46.5 per cent in year 2017-18. At the same time, public investments, development initiatives and poverty alleviation programs have been further expanded,” he added.

On various structural reforms undertaken by India in the recent past, he said introduction of the Goods and Services Tax (GST) has led to an increased tax base and addition of more than 5.5 million businesses.

“Banking reforms and Insolvency and Bankruptcy Code (IBC) was our other path breaking initiative, which has ushered in a resolution-friendly mechanism to tackle the stressed assets…these reforms, coupled with a stable and predictable regulatory regime, has enabled India to attract USD 239 billion worth Foreign Direct Investment (FDI) during the last five years,” he said.

To provide pension coverage to millions of workers in the informal businesses in India, the government has initiated comprehensive social security coverage for 420 million workers in the unorganised sector to assure them a monthly pension starting at the age of 60 years, he said.

With regard to financial inclusion, he said nearly 340 million Jan Dhan bank accounts have been opened in the last five years and the biometric identification initiative has got universal recognition. (PTI)