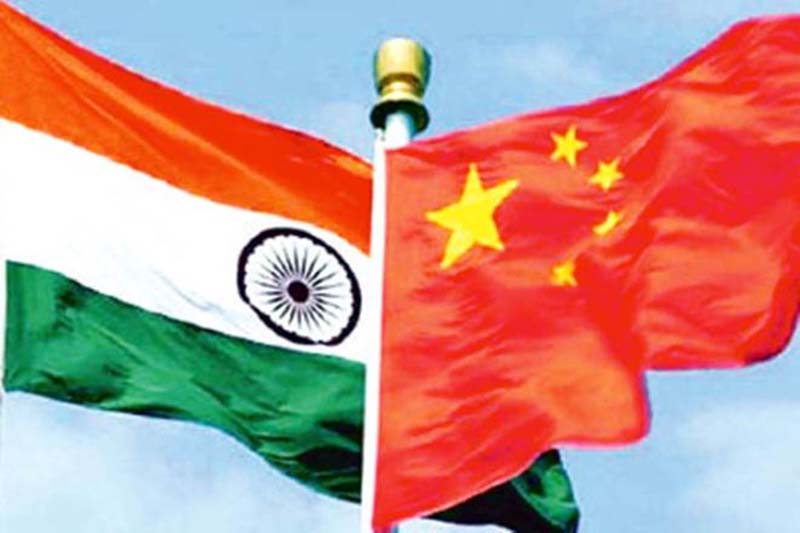 NEW DELHI, Sept 30: India and China today “positively” evaluated the decisions taken at the last round of military talks to defuse the nearly five-month-long border standoff in Eastern Ladakh and pushed for their implementation to avoid misunderstandings and maintain stability on the ground.
Diplomats of the two countries held another round of virtual talks under the framework of the Working Mechanism for Consultation and Coordination (WMCC) on border affairs, but it is learnt no concrete outcome emerged from the negotiations to expedite an end to the tense standoff and that both sides vowed to continue the dialogue process.
The Ministry of External Affairs (MEA) said it was agreed that the next round of the meeting of senior Army Commanders should be held at an early date so that both sides can work towards an early and complete disengagement of the troops along the Line of Actual Control(LAC) in accordance with the existing bilateral agreement and protocols, and fully restore peace and tranquillity.
The MEA also said the two sides noted that the agreement reached between Foreign Ministers of the two countries should be “sincerely implemented” to ensure disengagement at all the friction points along the LAC.
“In this regard, the two sides positively evaluated the outcome of the sixth senior Commanders’ meeting on September 21. They emphasized the need to implement the steps outlined in the joint press release issued after the last meeting of the senior commanders so as to avoid misunderstandings and to maintain stability on the ground,” the MEA said in a statement.
“In this context, the need to strengthen communication, especially between the Ground Commanders, was emphasised by both sides,” it said.
The MEA said the two sides reviewed the current situation along the LAC and had “frank and detailed” discussions on the developments since the last meeting of the WMCC on August 20.
The sixth round of Corps Commander-level talks was held on September 21 following which they announced a slew of decisions including not to send more troops to the frontline, refrain from unilaterally changing the situation on the ground and avoid taking any actions that may further complicate matters.
The military talks were held with a specific agenda of drawing a roadmap to implement the five-point agreement reached between External Affairs Minister S Jaishankar and his Chinese counterpart Wang Yi at a meeting in Moscow on September 10 on the sidelines of a Shanghai Cooperation Organisation(SCO) meet.
The agreement included measures like quick disengagement of troops, avoiding action that could escalate tensions, adherence to all agreements and protocols on border management and steps to restore peace along the LAC.
“The two sides attached importance to the meetings between the two Defence Ministers and the two Foreign Ministers held earlier this month. They also noted that the agreement between the two Foreign Ministers should be sincerely implemented to ensure disengagement at all the friction points along the LAC,” the MEA said. The Defence Ministers of the two countries too met on the sidelines of another SCO event in Moscow on September 4.
In its statement, the MEA also said that both sides agreed to continue to maintain close consultations at the diplomatic and military level.
The Indian delegation at the WMCC talks was led by Joint Secretary (East Asia) in the MEA Naveen Srivastava while the Chinese side was headed by Hong Liang, Director General of the Boundary and Oceanic Affairs department of China’s foreign ministry.
In Beijing, the Chinese foreign ministry said the two officials agreed to earnestly implement the five-point consensus reached between the two foreign ministers.
The Ministry said the two sides also agreed to strictly comply with the agreements and protocols on border affairs, take practical measures to further ease and cool down the border situation and avoid taking any action that may complicate matters.
Meanwhile, speaking at an event, Chinese Ambassador Sun Weidong said his country believes that China-India ties go far beyond the bilateral scope and have great regional and global significance, adding that a sound relationship between the two countries is an important and positive factor in maintaining world stability.
“China and India are neighbours that cannot be moved away. That is why living in harmony is the only correct choice. We look forward to working with the Indian side to ensure the stability of the overall relationship from a strategic and long-term perspective,” he said.
“As long as the two sides adhere to this common goal and move in the right direction, China-India relations will eventually disperse the clouds and get back on the right track,” he added.
The envoy also made a mention of the chapter on India-China relations in the newly released book “The India Way” authored by Minister Jaishankar.
“The two sides should firmly grasp the general direction of the relationship, regard each other as positive factors in the changing balance of power in the world, and manage differences in a more mature manner,” Sun said.
The Wednesday talks took place amid a war of words between the two sides on perception of the LAC, the de-facto Sino-India border spanning a length of nearly 3,500 km.(PTI)

A Chinese Foreign Ministry spokesperson recently insisted that China abides by the LAC as proposed by then Premier Zhou Enlai to Prime Minister Jawaharlal Nehru in a letter dated November 7, 1959.
In a sharp reaction, India on Tuesday categorically rejected China’s “so-called unilaterally defined” LAC of 1959, and asked the neighbouring country to refrain from advancing an “untenable” interpretation of the de-facto border.
The Indian Government also reminded China that its insistence there is only “one LAC” is contrary to the solemn commitments made by Beijing in previous bilateral agreements, and expected it will “sincerely” abide by them in their entirety. (PTI)