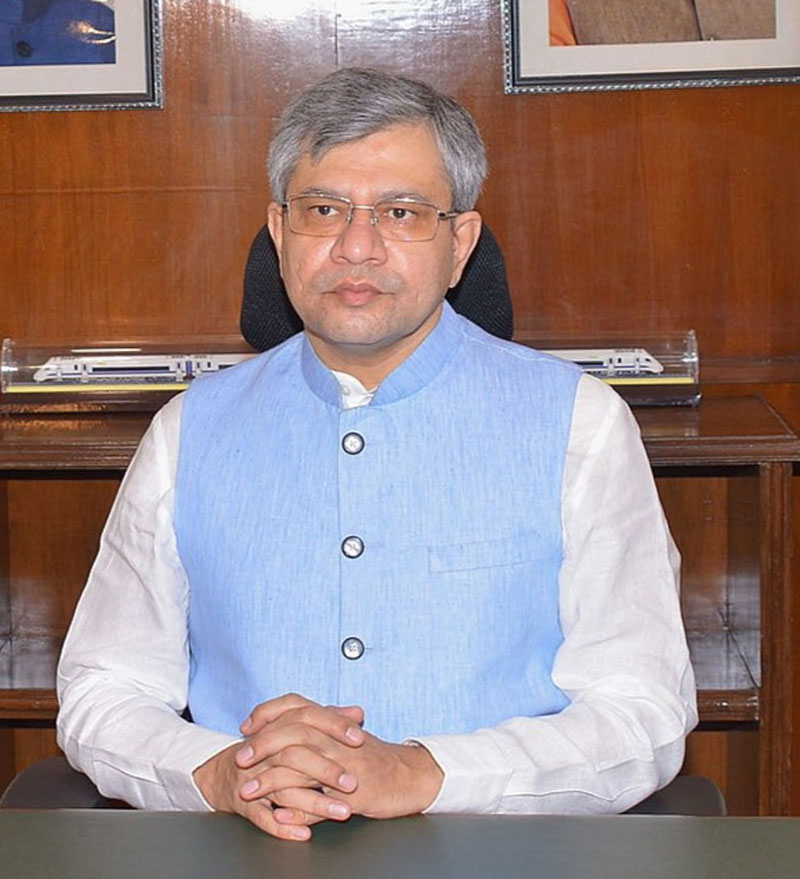 NEW DELHI, June 26:
The indigenous 5G technology developed by the TCS-CDoT-led consortium has the potential to win global deals as people the world over are looking for trusted telecom solutions and no country can match the level of trust India can bring in, Telecom and IT Minister Ashwini Vaishnaw has said.
While sharing the government plans to deploy 1.25 lakh mobile sites in the BSNL network based on indigenously developed technology gears, Vaishnaw in an interview with PTI expressed concern over the shortage of semiconductors and said the first project proposal for the high-tech electronic chips will be approved in coming few months this year.
“We are very rapidly progressing on developing our own 5G technology stack. There is a huge interest among the whole world community in having a good trusted and affordable technology source for telecom because telecom is today the primary consumption point for all digital services. People want a trusted telecom solution. And as you know, the trust which India can bring, no other country can match,” Vaishnaw said.
Several countries led by the US and European nations have blocked 5G telecom gear from Chinese companies. India too has set up a process for approving trusted telecom gears in local networks.
The Minister said that the indigenous 4G technology stack, developed recently, is now mature, scalable and can be deployed over more than one lakh towers.
“Billions of simultaneous calls have been done on it to test its ruggedness. Our target is to deploy over about 1.25 lakh towers in the coming few months. 2G and 3G equipment have to be replaced by 4G. The only challenge is semiconductor chips that go in radios,” Vaishnaw said.
He said that semiconductor plant proposals received under Rs 76,000 crore Semicon Mission by the government are under evaluation.
“We are in a very advanced stage of evaluation of the applications, which were received in February. I wouldn’t like to comment on their status at this point in time. But, we believe that in the coming few months, we should have the first agreement signed this year,” he added.
The Minister in mid-June met semiconductor technology firm IMEC at its headquarters in Belgium, which is in discussion with two of the applicants to provide technology for making electronic chips in India.
Vedanta Foxconn JV, IGSS Ventures and ISMC have proposed to set up electronic chip manufacturing plants with USD 13.6 billion (over Rs 1.06 lakh crore) investment and have sought the support of USD 5.6 billion (about Rs 43,800 crore) from the Centre under the Rs 76,000 crore Semicon India Programme.
Israel-based ISMC Analog Fab Private Ltd has expressed willingness to set up a semiconductor fabrication plant in Karnataka at an outlay of Rs 22,900 crore.
The Government is expecting an investment of around Rs 1.7 lakh crore and 1.35 lakh jobs to be created in the next four years under the incentive scheme for semiconductors approved by the Cabinet.
Some telecom gear makers are having a lag of 6-8 months in supplying equipment from the time they get purchase orders due to the shortage of semiconductors. The shortage is also expected to impact the 5G network in India.
Talking about the 5G rollout, the minister said that he is expecting the upcoming spectrum auction to conclude in July and the rollout of the services to begin in August-September.
The government has also opened up a limited quantity of spectrum in the E-band, which can be used for connecting mobile towers for transmission of data at high speed as required for 5G services.
The minister said that the spectrum in E-band can be used for providing 5G services to customers as well but the government has opened it up for connecting mobile towers only.
He said that the usage of the E-band spectrum is subject to recommendations from the telecom regulator Trai.
“Trai will finally publish recommendations on this. It is a matter in which we have said that Trai’s recommendation is the final word. Trai has given a preliminary recommendation that this point-of-time event can be used as backhaul, but as and when it is auctioned or as and when the auction price is determined by Trai then the process will have to be adjusted accordingly,” Vaishnaw said.(PTI)