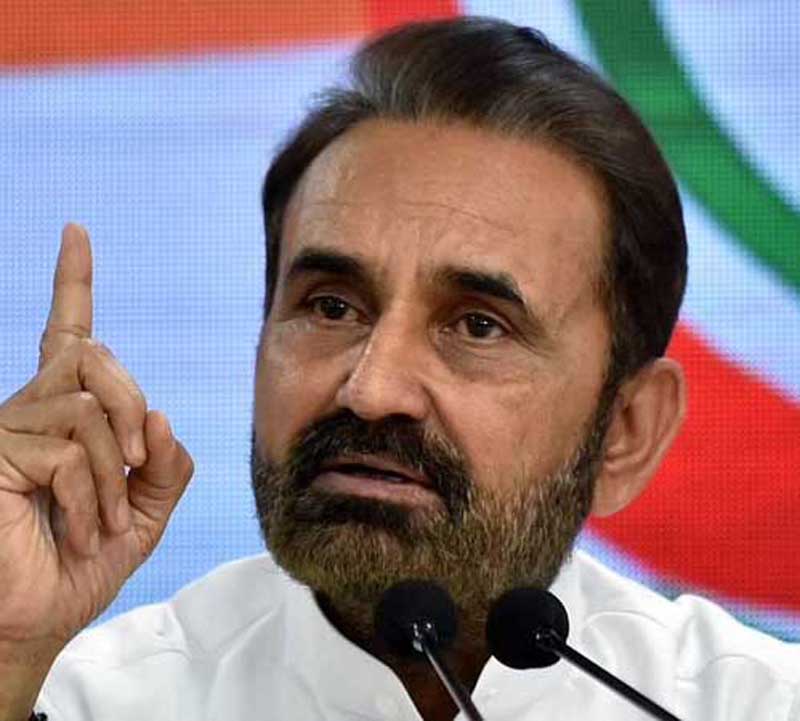 NEW DELHI, June 26:
Stepping up its attack on the Government over the Agnipath scheme, the Congress on Sunday said the Modi Government is playing with the future of the youth by bringing in the new military recruitment plan and it must withdraw this “Tughlaqi” decision.
Twenty senior Congress leaders and spokespersons addressed press conferences titled ‘Agnipath ki Baat: Yuwaon se Vishwasghaat’ in as many cities and demanded the withdrawal of the scheme, citing risk to national security and discontent among the youth.
The Congress said it will also hold a nationwide protest in every assembly constituency against this “anti-youth and anti-national” scheme “bulldozed through without discussion”.
Addressing a press conference here, Congress spokesperson Shaktisinh Gohil said the Congress is standing with the youth and this “Tughlaqi decision” should be withdrawn immediately.
Muhammad bin Tughlaq, who ruled the Delhi Sultanate for a short period of time in the 14th century, was known for his controversial decisions.
“At a time when China has entered our borders… This (Agnipath scheme) is like playing with national security,” Gohil said.
“I demand from the prime minister that Agnipath be withdrawn and all those ministers or BJP spokespersons who say that the Agnipath scheme is good, they should get their sons and daughters recruited under the Agnipath scheme,” he said.
Gohil also demanded an apology from Prime Minister Narendra Modi over BJP leader Kailash Vijayvargiya’s remarks apparently suggesting that he will give priority to ‘Agniveers’ for security jobs at his party office.
“The leader who said that Agniveers will be employed in BJP offices as guards should be sacked by the Prime Minister and the PM must apologise,” Gohil said.
Addressing a press conference at the PCC headquarters in Jaipur, Congress Rajya Sabha MP from Haryana Deepender Singh Hooda also attacked the Centre over the Agnipath scheme and called the government a “copycat” for importing ideas from foreign nations to draft policies.
“The government has adopted the attitude of a ‘Nakalchi Bandar (copycat)’ but this is Hindustan. Sometimes it gives the example of America in the context of agriculture laws and at other times talks about Israel in reference to military service,” he said. (PTI)
Several parts of the country witnessed protests after the announcement of the Agnipath scheme on June 14. The scheme seeks to recruit in the armed forces youths in the age bracket of 17-and-half to 21 years for only four years with a provision to retain 25 per cent of them for 15 more years. For 2022, the upper age limit has been extended to 23 years. (PTI)