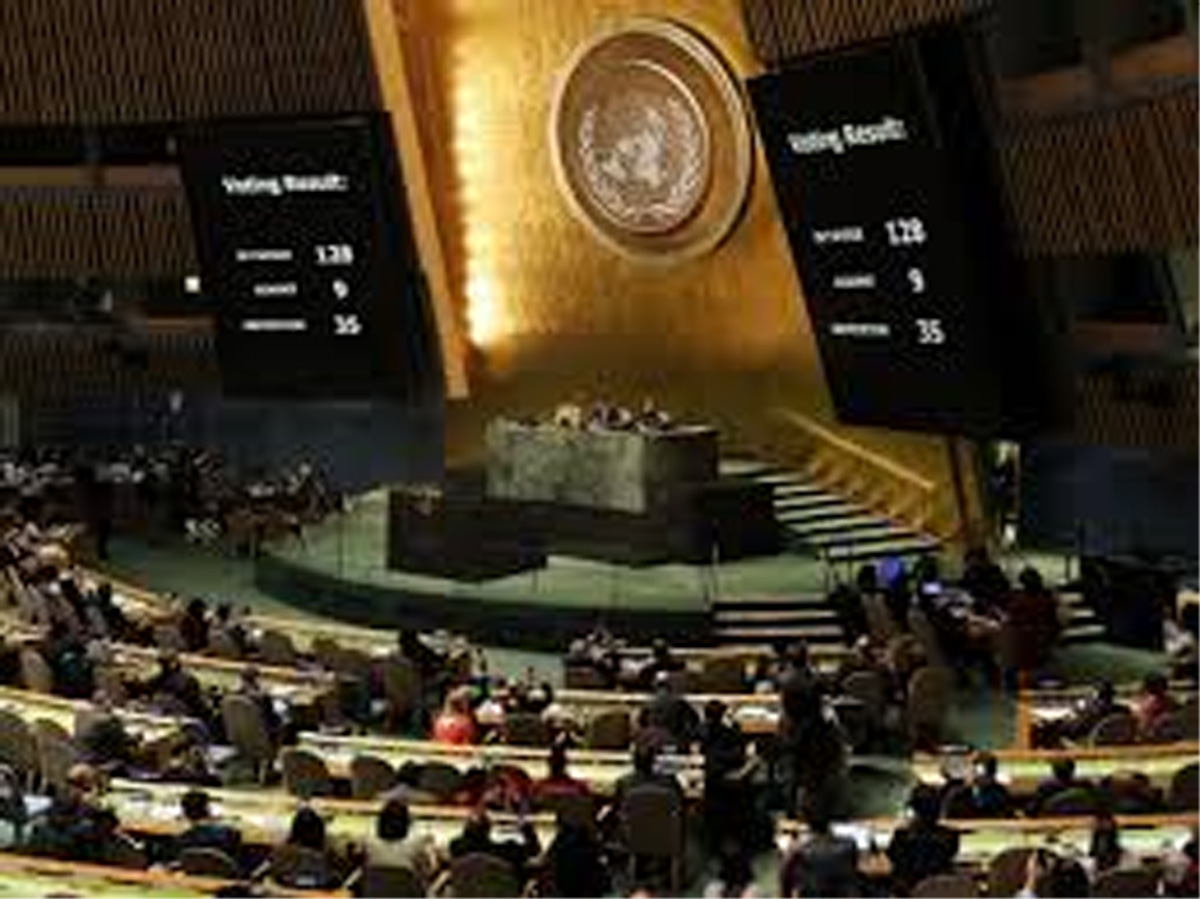 UNITED NATIONS, June 29: India has abstained from voting on a General Assembly resolution aimed at examining options to end trade in goods used for capital punishment and torture, saying it is unacceptable to place death penalty on par with torture.

The 193-member UN General Assembly Friday adopted the resolution Towards torture-free trade: examining the feasibility, scope and parameters for possible common international standards’ by a recorded vote of 81 in favour to 20 against, with 44 abstentions.

By the draft’s terms, the Assembly requested the Secretary-General to seek the views of Member States on the feasibility and possible scope of a range of options to establish common international standards for the import, export and transfer of goods used for “capital punishment, torture or other cruel, inhuman or degrading treatment or punishment.”

India abstained from voting on the resolution, with First Secretary in India’s Permanent Mission to the UN Paulomi Tripathi, in the explanation of vote, saying that incorporating capital punishment into the scope of this resolution “raises concerns that it may be an attempt to place it on par with torture.”

She stressed that India remains firmly committed to prevent torture and other cruel, inhuman and degrading treatment or punishment.

“We firmly believe that freedom from torture is a human right which must be respected and protected under all circumstances.”

She asserted that India strongly believes that torture is a crime and “therefore, unlawful.”

On the other hand, in countries where capital punishment is statutorily provided for, it is “exercised after following the due process of law,” she said.

“Every state has the sovereign right to determine its own legal system and appropriate legal penalties Any implication that capital punishment is being treated on par with torture is unacceptable to my delegation, as in India capital punishment is a statutory provision, even though it is used in the rarest of rare cases,” Tripathi said.

“In view of these substantive and procedural inconsistencies India was not able to support the resolutionand abstained during the voting,” she said.

She told the General Assembly that in India, acts of torture are punishable offence under various provisions of the Indian Penal Code and the Indian judiciary also serves as a bulwark against any such violations of human rights.

Tripathi further added that the present draft resolution seeks to establish a link between trade in goods and the criminal acts of torture.

“It is apparent that the multilateral trade system is already under stress. In such a situation, attempts at trade restrictions in a selective manner, as proposed by the resolution, is likely to raise further concerns regarding implications on the international trading system,” she said.

Further, before starting a process of this nature, the obligations undertaken by different countries under the World Trade Organization and other forums also needs to be carefully looked into, Tripathi said voicing concern that the current process has not afforded any such opportunity for the Member States.

The subject matter of torture will be given full consideration by UN Member States in the forthcoming GA session and this will include a range of appropriate measures to be taken to prevent and prohibit the production, trade, export, import and use of equipment that has no practical use other than for the purpose of torture, Tripathi said.

“This current resolution may start a duplicative parallel process related to goods’ used for torture and capital punishment and create ambiguity by conflating different issues,” she said. (PTI)