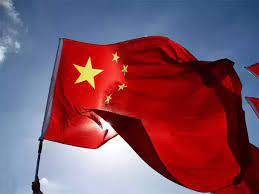 Strange and even unexplained are the policies and ways of China particularly when anything is sought for by India supported or joined by any other country in having a UN action mooted against terrorism. Abdul Rehman Makhi a Pakistan based top terrorist and brother- in – law of Lashkar-e-Toiba (LeT) Chief Hafiz Sayeed who was the mastermind of 26/11 Mumbai attack could not be declared as a global terrorist as proposed jointly by India and America in accordance with the relevant rules of the UN sanctions committee as China strangely blocked the move. The unwarranted and uncalled for ”liberties” taken by China with terrorism even on previous such occasions also emanate from its hegemonic behaviour which however got a dent and a brake in respect of the standoff with this country on eastern Ladakh sector as also because of the fact that it has not got stung by the fangs of terrorism so far due to host of ”other”reasons.
Let the rigidity and obstinacy of China be analysed which can be zeroed in just to cosmetically placate its ally Pakistan which is otherwise facing an international isolation due to being a terror hotbed and keeping on sponsoring terrorism. China, hitherto behaving as an economic giant of Asia, has been challenged by India economically and diplomatically as our GDP is poised to outstrip China’s and diplomatically our policies have stood to the test of prevailing international developments and emerging situations. Placing ”technical hold” by China in the process of Makhi being declared as a global terrorist , however, shall remain in force only for six months after which there could be representing of the joint proposal by India and China for Makhi. However, India has termed the action of China as its double standards and proving hollow its claims of “combating terrorism”.