Bharat Jhunjhunwala
One main aspect of the Budget is our foreign trade. The Government has to decide the level of duties that will be collected from imports and how much opportunities will be provided to foreign investors. Two opposite paths are open before us here. If we adopt the mantra of free trade then we may lower the duties on imports and give freer entry to foreign investors. On the other hand, if we want to protect our industries then we may raise duties on imports and focus on preventing the outflow of our own capital.
Mainstream economists generally favour the adoption of free trade. They give the example of China. That country was not part of the WTO Treaty established in 1995. It made huge efforts to join the WTO subsequently. It is concluded from this that WTO—which a proxy for free trade—has contributed to the economic growth of China. However, the actual source of economic growth does not appear to be WTO at all. It appears to be high levels of domestic savings rate. Chinese people save-and-invest more while we do less. The Gross Savings Rate of China was 46 percent in 2018 against India’s 31 percent. This difference in savings rate is historical—in 1988 China’s was 36 percent against India’s 21 percent. This appears to be the real explanation for the high rate of growth of China.
The German research organization Bertelsmann Stiftung has assessed the contribution of WTO in the last 25 years of its existence to the countries of the world. It has found that membership of the WTO has led to increase in exports of both China and India at 18 and 37 percent respectively. However, the impact on the welfare of their peoples follows a different trajectory. WTO has led to increase in welfare China and India at 0.6 and 2.7 percent respectively. Thus lesser increase in exports has led to higher impact on welfare in India. This must be assessed in the backdrop of India not having adopted free trade with the same gusto as China. It follows, that less integration with the world economy and less adoption of free trade has led to higher improvement in welfare in India. The improvement in welfare seen in China is attributable to higher savings rate and other factors, not to WTO.
Another indicator of the lack of contribution of WTO to China’s economy is available in the bilateral agreement made between the United States (US) and China earlier this month in January 2020. China has agreed to import more goods from the US and the US has agreed to lower the punitive import duties imposed in the trade war. Question is this: Why did the two countries make a bilateral agreement outside the WTO? Remember that an agreement under WTO becomes applicable to all member countries. Thus, Indian exporters would also have benefitted if China lowered the import duties on soya beans under the WTO. On the American exporters will benefit under the bilateral deal. If free trade was the driver of China’s economy, then why did China not lower the import duties for all the countries? This means that both the US and China have not found the WTO to be beneficial. They have restricted free trade to their specific bilateral interests.
Jayshree Sengupta, Senior Fellow with the Delhi-based Observer Research Foundation says: India already has Free Trade Agreements with ASEAN and her immediate neighbours—“if it left the WTO, no great harm would come to it in the areas of trade and investment.” The reasons for this according to me are the following. One, we will be able to provide protection to our businesses, especially MSMEs. This will lead to the generation of employment and demand in the market and rev up the entire economy. Two, we will be able to scrap the present Patents Act. We will be able to allow our businesses to copy the products invented by foreign countries (just as they have copied Yoga invented by us) and open up a huge investment and growth opportunity. This was the strategy adopted by our pharmaceutical industry in attaining global prowess before the WTO killed them. Three, we will be able to protect our environment. The WTO has had an infamous history of declaring measures for environment protection to be in violation of the Rules. For example, the WTO has ruled that the Clean Air Act and Endangered Species Act of the US are in violation of the WTO. One of the reasons our industries are facing the brunt of imports from China is that China allows them to pollute air and water thus their cost of production is less. We will be able to impose higher import duties on cheap goods manufactured by killing the environment that are coming from China. We will be able to protect our people from the health and other losses and improve their incomes. Four, the global trade in the coming decades will increasingly move towards the trade in services. India especially has great potential in this area. These exports are outside the ambit of the WTO. Hence the core of our international trade will remain unaffected.
The caveat is that we must not go back to the old Indian system of bureaucratic strangulation and crony capitalism. We must take measures to promote domestic competition. Where necessary, we must allow imports to pressurize our businesses to become efficient. We must take up a program to support Indian businesses in buying cutting edge technologies. We must aim to become globally efficient while also providing protection to our industries. This will require delicate balancing act which I am confident our Government is capable off delivering.
(The author is formerly Professor of Economics at IIM Bengaluru)
feedbackexcelsior@gmail.com 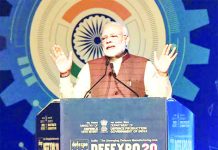 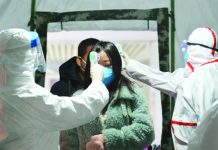