Snow and snowfall have been wonderful themes for literary figures, enjoyment for the children, hope for the farmers, reason for rejoicing for merchants dealing with items that are needed most during the season, a good omen for Christmas revellers, a windfall for tourists and what not. It has been given various oxymoronic titles like white gold, spark of interest falling from heaven, salting the night with silence etc etc. About the universal equality, it is said about snow that “it makes your lawn as nice as your neighbour’s”. At the same time, it also is a fact that while it looks wonderful watching snowflakes falling on the ground silently dancing, racing and zigzagging their way to the ultimate destination, making snow ghosts and ‘playing ‘ with snow balls, throwing the same on one another ,the same has rapid operation of law of diminishing returns as hands which played with the snow soon start shivering with cold and the ‘affected one ‘ is seen rushing to get warmth from whatever possible source. It brings in its wake lot of discomfitures and hardships as well for common people especially when enough preparations in advance have not been taken to “bear with it”.
The recent snowfall in Kashmir valley and in upper reaches of Jammu region has resulted in blocking of roads and affecting air traffic in the whole region including in hilly areas of Jammu division. The immediate fallout has been as usual, power cuts due to snapping and damaging of wires and many transformers numbering 200 succumbing to the ‘wrath’ of the rains and snow across Jammu region mostly in Kishtwar, Doda and Ramban. Bhadarwah remained plunged in darkness due to snapping of electric infrastructure at many places. Power transformers regular upkeep and monitoring could, to a larger extent prevent damages to them, a fact which should attract the attention of the PDD. If power was supplied during winter months for most of the hours and with lesser load shedding, people would feel greatly relieved of too many difficulties in hilly areas in particular.
We may prepare ourselves to whatever levels to meet the ‘challenge’ of the snow fall especially when it is on continuous basis for two to three days, still before the inclement weather conditions especially associated with heavy snowfall, we cannot help encountering difficulties with no lesser difficulties. Though in such conditions, traditional means to keep oneself warm has been the ‘Kangri’ in Kashmir valley, an earthen pot covered artistically with willow twigs and soft branches yet with changing tastes and opting for electric heaters and gas heaters, disruption in power supply causes lot of inconvenience. Reports are that most parts of the valley where power supply was disrupted for hours together, power has been partially or fully restored.
Closure of Jammu Srinagar National Highway is the immediate ‘side effect’ of torrential rains and heavy snowfall. Hundreds of vehicles mostly trucks numbering 2000 are stranded on this Highway. Passengers in hundreds too are stranded at various places on the National Highway. In addition to this, many roads in Doda, Kishtwar, Ramban and some parts of Poonch, Rajouri, Reasiand Udhampur too are vastly affected. Srinagar Airport covered with snow and unfavourable conditions for operating of flights resulted in suspension of flights from Jammu, Delhi and other parts to Srinagar. Since Friday, an estimated 200 flights were cancelled due to fog and poor visibility at Srinagar Airport. Well, in this matter, human intervention of any sort was neither possible nor of any utility but all left only to nature. With improvement in the weather, air traffic may be resumed fully, the need and the importance of which is more during closure of the National Highway.
Nature plays its part and blesses us with rains, snow and other types of weather all needed for our survival. It is for us and the Governments to see how to respond positively to the nature’s routine. We call rains or snowfall usually as bad or unfavourable weather but if we closely analyse a weather is never bad or hostile, it is how we take it and how best we are equipped to channelize its vast benefits. A mere thought that what if rains or snow were not there would send shivers down our spine. 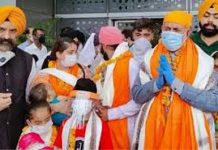 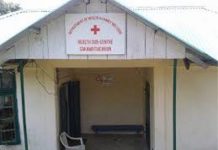