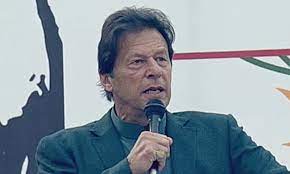 ISLAMABAD, Sept 20: Federal Interior Minister Rana Sanaullah Khan has warned the Pakistan Tehreek-e-Insaf and its chief and former Prime Minister Imran Khan not to turn the appointment of the army chief into an issue.

“It (the army chief’s appointment) can’t be a point of contention,” the minister said adding that Prime Minister Shehbaz Sharif will fulfill his duty to make this appointment as per the rules and the Constitution.
The Minister said if “Imran Khan’s adventure impacts the appointment or an impression to this effect is created, it will wreak havoc with the entire institution”.
Speaking on a Geo News programme on Monday, the minister said: “If Imran Khan makes a folly by taking advantage of the issue and tries to take control of Islamabad along with his armed crowd, the government will deal with him more effectively than before.”
“He will make a disgraceful exit or will be captured,” Rana Sanaullah said, adding there are chances that he will be detained this time around, The News International reported. The minister said there will be legal action against Imran Khan and the mischief-mongers if they barge into the federal capital.
“The appointment of the [next] Army Chief is neither an issue nor should it be treated as such,” said the Minister.
Addressing a public rally in Chakwala, Imran Khan allegedly instigated the public to revolt, asking them to threaten back those who threaten them from unknown numbers.
I am asking Pakistanis to break the fear of idols, those threatening you by calling from unknown numbers and frightening you, threaten and scare them in return, said Khan.
He claimed that since ‘Mr X and Mr Y’ have been issuing threats to people, they should be on the receiving end of a similar treatment.
Make people frightened by calling them from secrete numbers, and threaten them of inflicting harm,” he said. Khan also mocked Sharif, saying that he appeared intimidated in the presence of Russian President Vladimir Putin, Pakistani media said.
“His legs were trembling [kanpain taang rahi theen] in the presence of Putin during their bilateral meeting on the sidelines of the recently held Shanghai Cooperation Organisation (SCO) summit in Uzbekistan.