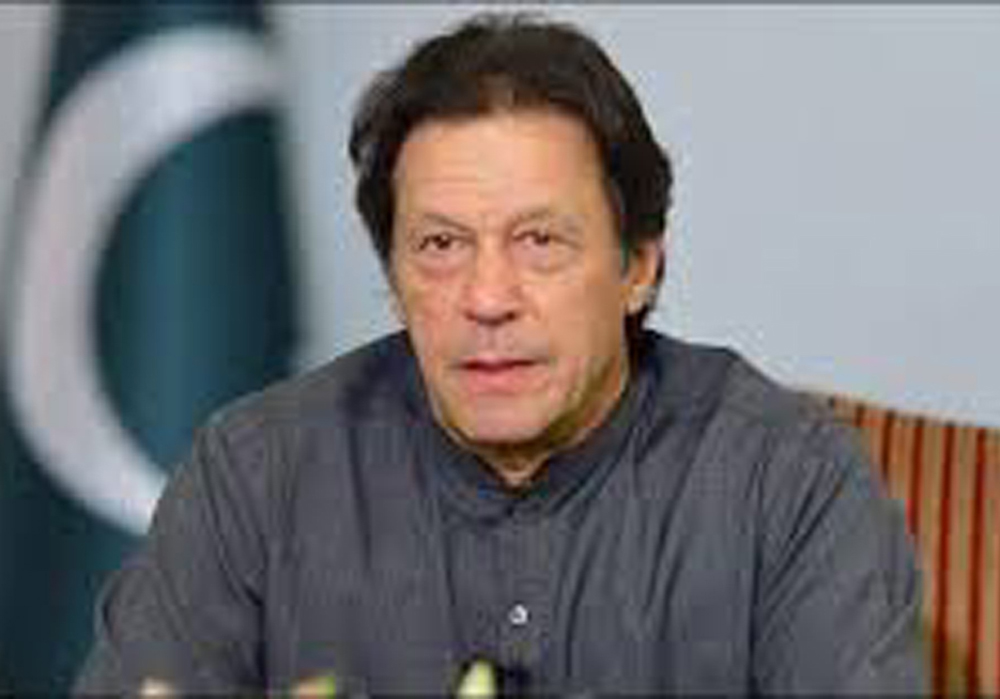 ISLAMABAD, Mar 30: Pakistan’s embattled Prime Minister Imran Khan today effectively lost majority in Parliament after a key partner of the ruling coalition joined the ranks of the Opposition, which has tabled a no-confidence motion against his Government in the National Assembly.

Click here to watch video
The Muttahida Qaumi Movement-Pakistan (MQM-P), a key ally of the Pakistan Tehreek-e-Insaf-led coalition Government, with its seven members announced that it has parted ways with the Government during a joint press conference of the opposition parties here.
Prime Minister Khan needs 172 votes in the Lower House of 342 to foil the Opposition’s bid to topple him. However, Maulana Fazlur Rehman, chief of Jamiat Ulema-i-Islama Fazl (JUI-F), said that the Opposition has the support of 175 lawmakers and the Prime Minister should resign.
It was also announced that Pakistan Muslim League-Nawaz (PML-N) president and Leader of the Opposition Shehbaz Sharif would be next Prime Minister of the country after removal of 69-year-old Khan.
“We want to make a new beginning for politics of tolerance and true democracy,” MQM-P chief Khalid Maqbool Siddiqui told reporters. “I announce to support the opposition in the Parliament.”
Sharif said that it was an important day as all opposition parties have joined together to address the problems faced by Pakistan. “The premier, even if he is a selected one, should resign to set a new tradition,” he said.
Bilawal Bhutto-Zardari, chairman of the Pakistan Peoples Party (PPP), said the support by MQM was a big development and with this the Prime Minister has lost the majority. “The Prime Minister has no option and he will have to resign,” he said.
Bilawal also said that Sharif will soon be elected as the next prime minister.
Another ally of the ruling coalition, the Balochistan Awami Party (BAP) with five members in the Lower House had announced on Monday that it had “accepted the opposition’s invitation” to vote against Khan.
Meanwhile, Interior Minister Sheikh Rashid said that Prime Minister Khan will address the nation on Wednesday evening and discuss the prevailing political situation.
Briefly talking to the media after a special session of cabinet, which was chaired by the premier, Rashid said Khan also shared a “threatening letter” with the Cabinet colleagues, who in return expressed complete trust in him.
Addressing a mammoth rally in the national capital on Sunday, Khan had claimed that foreign powers were involved in a conspiracy to topple his coalition Government. He pulled a document from his pocket to exhibit it for the charged crowd, saying it was the letter sent to threaten him.
To a question if Khan would announce his resignation in his speech, Rashid said: “No way. He will fight till the last ball.”
The Minister also said that Khan himself or foreign minister Shah Mahmood Qureshi may also brief the Parliament in-camera about the threatening letter.
Earlier, Prime Minister Khan summoned a special session of the federal cabinet.
The cabinet members and those invited to attend the special session were taken into confidence about the threatening document letter that the premier said was proof of a foreign conspiracy to topple his Government.
Pakistan plunged into uncertainty on March 8 after the combined opposition submitted the motion with the National Assembly, which will convene on Thursday to debate the motion.
Earlier in the day, two MQM-P lawmakers, Farogh Naseem and Aminul Haque, serving as Federal Ministers, submitted their resignations to the Prime Minister.
The PTI has 155 members in the 342-member National Assembly and needs at least 172 lawmakers to retain power. Khan is also facing a rebellion by his about two dozen lawmakers and allied parties.
No prime minister in Pakistan’s history has ever been ousted through a no-confidence motion, and Khan is the third premier to face the challenge.
On Tuesday, Prime Minister Khan had strictly directed his party lawmakers to either abstain or not attend the National Assembly session on the day of voting on the no-confidence motion against him, which is likely to be held in the first week of April.
Khan came to power in 2018 with promises to create a ‘Naya Pakistan’ but miserably failed to address the basic problem of keeping the prices of commodities in control, giving air to the sails of opposition ships to make war on his Government.
His chances of survival are getting slimmer and the easiest way to end the uncertainty is getting back support of all allies and winning back dissidents within his own party.
No Pakistani Prime Minister has ever completed a full five-year term in office. (PTI)