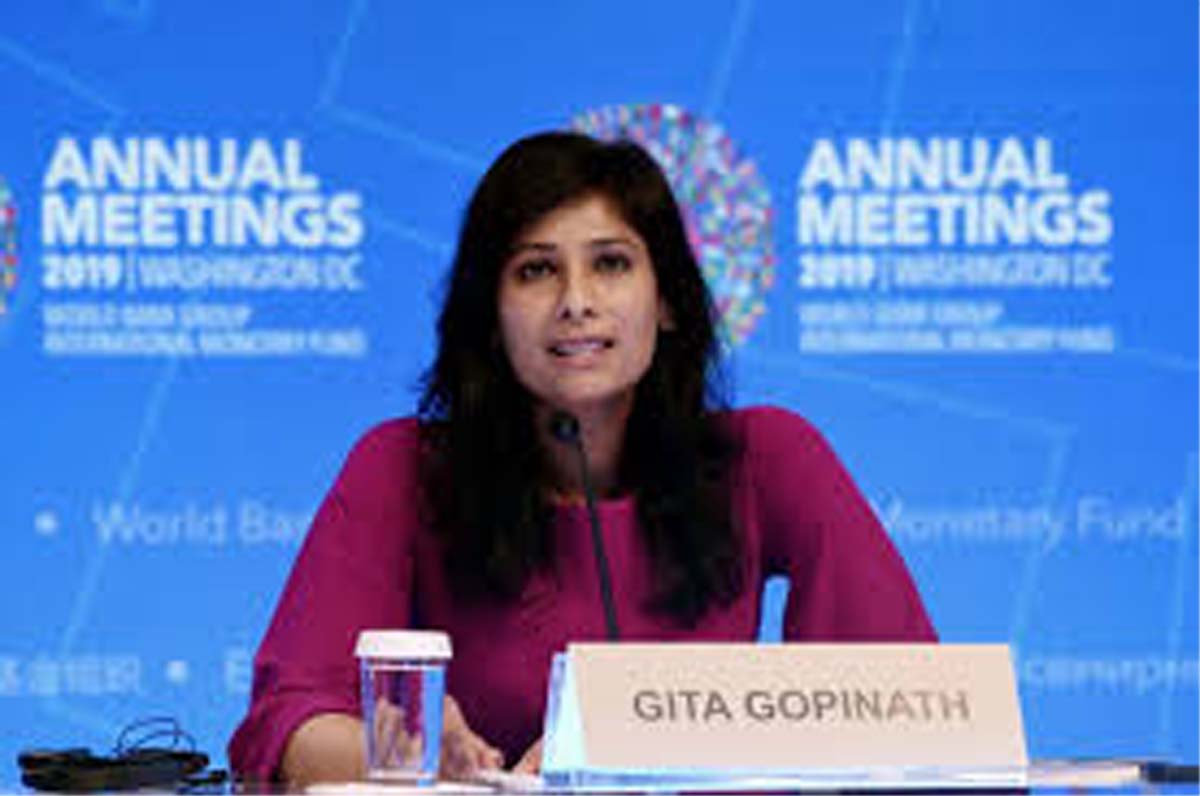 WASHINGTON, Oct 16:It is important for India to keep fiscal deficit in check, even though its revenue projections look optimistic, Chief Economist of the International Monetary Fund (IMF) Gita Gopinath has said.

In India’s case, there has been a negative impact on growth that has come from financial vulnerabilities and the nonbank financial sector, and the impact on consumer borrowing and borrowing of small and medium enterprises, Gopinath said.

The prominent Indian-American economist was speaking to reporters ahead of the annual meeting of the IMF and the World Bank.

On the projections in the World Economic Outlook report, Gopinath said appropriate steps have been taken.

Appreciative of the recent steps being taken by Finance Minister Nirmala Sitharaman to address the economic challenges being faced by India, she said there is still a lot more that needs to be done.

Prominent among these include cleaning up of balance sheets of regular commercial banks, Gopinath said.

In our projections we have that India will recover to 7 per cent growth in 2020. And the premise is that these particular bottlenecks will clear up, she said.

On the fiscal side for India, there have been some recent measures, including the corporate tax cut. There has not been an announcement about how that will be offset to revenues at this point, Gopinath said.

It looks optimistic, the revenue projections going forward. But it is important for India to keep the fiscal deficit in check, she said.

Responding to a question, Deputy Director in the IMF Research Department Gian Maria Milesi-Ferretti said the overall growth remains very strong in India by the standards of the world economy.

Even though it’s lower than the very high standards at which the world was accustomed to looking at India, he said.

India’s growth rate above 6 per cent is still notable and extremely important in a country that has such a large population. We have a forecast for further pick up the next year, also helped by tax cuts on the corporate trunk, Milesi-Ferretti said.

At the same time, there are many macroeconomic challenges the deputy director said as he emphasized the need to keep fiscal deficit under control.

Of course, India and Pakistan are not immune to global geopolitical tensions and to trade tensions that can take a toll on their manufacturing activity and demand for their exports, said the IMF official when asked about the economic impact of India- Pakistan tensions. (PTI)