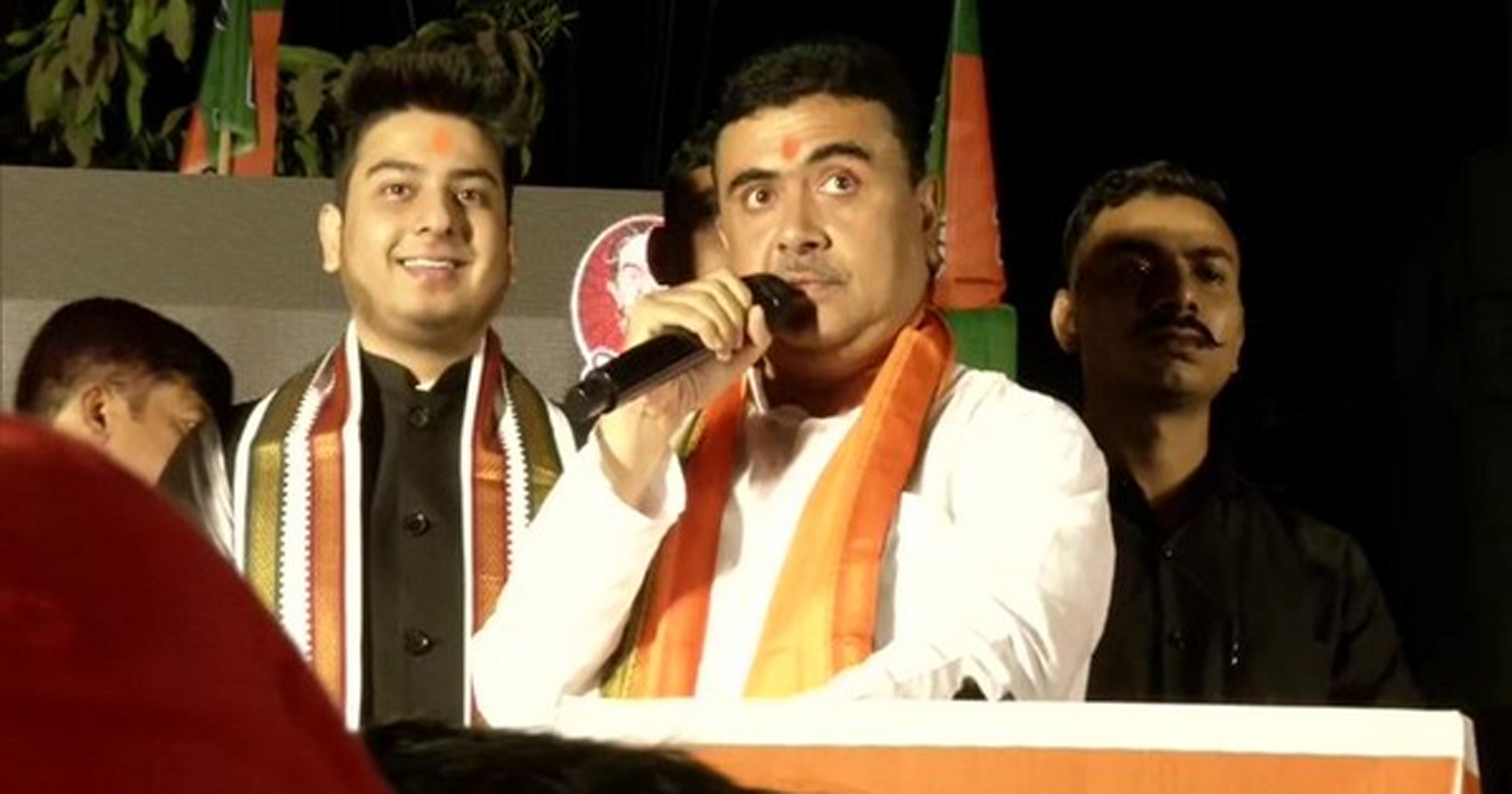 KOLKATA (WEST BENGAL): Bharatiya Janata Party (BJP) leader Suvendu Adhikari, who is contesting against West Bengal Chief Minister Mamata Banerjee at Nandigram seat in the upcoming Assembly polls on Saturday said the state will turn into Kashmir if Trinamool Congress (TMC) comes back to power.
Addressing a public meeting in Behala yesterday, Adhikari said, “If Shyama Prasad Mukherjee was not there, this country would have been an Islamic country and we would be living in Bangladesh. If they (TMC) came back to power, West Bengal will become Kashmir.”
“Nandigram is not a challenge for me. I am going to Nandigram to defeat her (Mamata Banerjee) and send her back to Kolkata. I thank the national party leadership for the responsibility given to me. I will work to make lotus bloom in Nandigram and across West Bengal. She (Mamata Banerjee) is going to lose this election (in Nandigram) by over 50,000 votes,” added Adhikari.
The BJP on Saturday fielded Adhikari from Nandigram against TMC supremo Mamata Banerjee, setting the stage for a high-profile contest from the seat in the state assembly elections.
Adhikari’s name figured in the BJP’s first list of 57 candidates for the March-April assembly elections, out of which six are women and one seat ( Baghmundi) has been given to the All Jharkhand Students Union (AJSU).
TMC had on Friday released its list of 291 candidates with Mamata Banerjee announcing that she will be contesting from Nandigram.
Banerjee, who has been representing Bhawanipur, had earlier announced that she will contest from Nandigram.
Adhikari, a former minister in the Trinamool Congress government, had joined the BJP in December last year. He had earlier said that BJP will defeat Mamata Banerjee by over 50,000 votes from Nandigram.
West Bengal Assembly elections will be held in eight phases starting from March 27 with the final round of voting taking place on April 29. The counting of votes in the state will take place on May 2. (AGENCY)