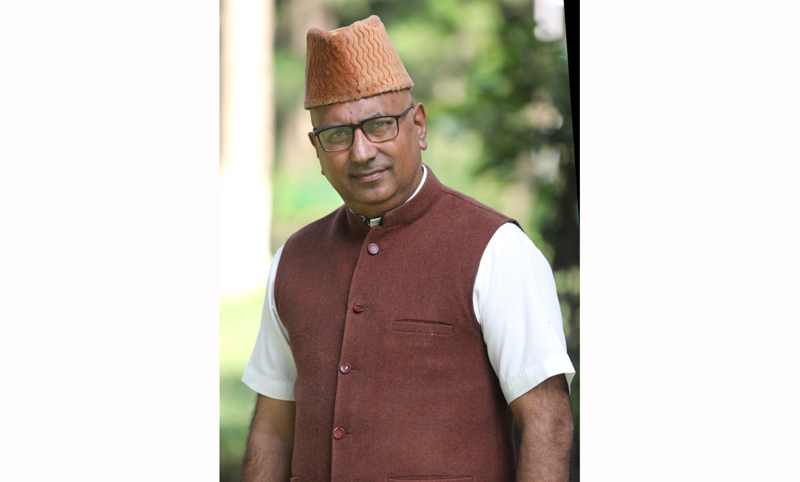 BJP not communal but believes in integral humanism’

JAMMU, Sept 20: Though entire Gujjar and Bakerwal community of J&K UT feels elated with nomination of a tribal Gujjar to the Rajya Sabha, terming it a historical decision of Narendra Modi Government, the newly nominated Member Parliament, Ghulam Ali Khatana said that his party has put a great responsibility on his shoulders which he will try to discharge to the best satisfaction of the people of UT especially those belonging to down-trodden and backward sections of the society as well as his party.

Click here to watch video
In an exclusive interview to Excelsior, Khatana said this is a great decision of Modi Government that for the first time a responsibility was entrusted to a backward community which has been neglected for last over 70 years and used as vote bank by different political parties who ruled J&K for over six decades. “The Modi Government has put a great responsibility on my shoulders and I will try my best to come up to the expectations of my leader , party and people of J&K especially of down -trodden and backward classes,” he said.
Maintaining that BJP has its own style of working and party judges the performance of its activists with their dedication, selflessness, discipline and hard work, he said Narendra Modi during his first rally in 2013 before becoming PM of India at MA Stadium here had promised that he will give representation to those communities which were deprived till date and he fulfilled his promise by taking many public welfare decisions which especially benefitted those classes of society who were hitherto deprived and neglected by successive Governments.
Khatana said “I will become voice of the people of the down-trodden sections of the society and play my best role in serving them. My life will be henceforth dedicated to the welfare of the people of the UT”, he added.
The Gujjar leader said that unfortunately India was divided in 1947 and naturally after accession in 1947 by Maharaja Hari Singh with India J&K was also divided and a portion of the princely State which was inhabited by Gujjars was annexed by Pakistan. The Kashmir-Centric Governments ruled the State who totally neglected and deprived this community of its rights as they were anti Gujjars.
Khatana said Gujjars were only used as vote bank by making false promises with them and made slaves. The Gujjars and Bakerwals belong to a rich culture and have good legacy of past but nothing was done to promote this culture despite the fact that the community has given lot of sacrifice for protecting the national integrity and unity by guarding the borders of the erstwhile State shoulder to shoulder with Army personnel.
He expressed the hope that with the enactment of Forest Rights Act its implementation will be beneficial for the Gujjars and Bakerwals living in the UT.
Khatana said that among his priorities will be to find out the better ways for the raring of cattle and sheep by nomadic Gujjars who pass six months in hilly belts and green pastures and he will work for linking Gujjar culture with tourism promotion. “Moreover my priority will be to see how Gujjars and Bakerwals can be made participants in development process and find out how they can get benefits of various economic schemes of Modi Government,” he added.
He said Modi Government’s Mantra is Sabka Saath Sabka Vikas and “I will leave no stone unturned in serving last man in the last queue a dream of former Jana Sangh president, Deen Dayal Upadayay.”
Maintaining that BJP believes in integral humanism, he took opposition parties to task for dubbing it a communal party just for their vested interests to exploit Muslims for vote bank. “These parties used Muslims for years together but our party is for welfare of all human beings irrespective of their caste, creed, religion and region”, he added.
He, while appreciating pro public policies of PM Modi said he has special love for J&K and its people and under his programme of Naya J&K PM wants to explore all the ways and means to see how maximum benefits can be given to people of UT who suffered a lot during over three decade long turmoil.