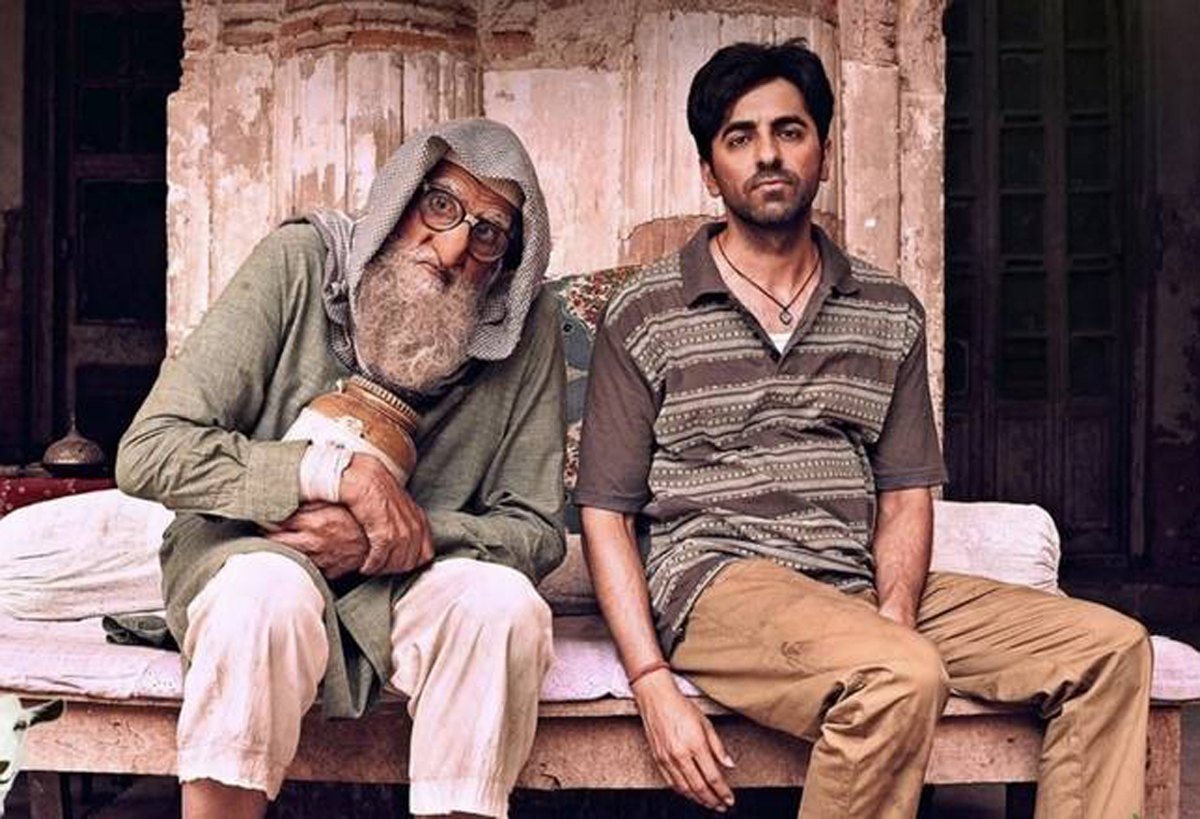 Hindi cinema’s return to the small town is a “very welcome” trend stemming from the desire of many filmmakers to revisit the places they grew up in, says Amitabh Bachchan whose latest film “Gulabo Sitabo” is set in Lucknow.
“Gulabo Sitabo”, which released on Amazon Prime on Friday and is the first big film to premiere on an OTT platform, is directed by Bachchan’s frequent collaborator Shoojit Sircar.
It revolves around Bachchan’s character Mirza and his cat and mouse game with his crafty tenant Banke (Ayushmann Khurrana). Asked about Hindi cinema’s return to small town stories in recent years, Bachchan told PTI, “Yes, this is a very welcome trend! Most of us living in urban areas and working out from there have come from that small town you talk of, or have some connect. The makers feel that they wish to relive those moments and so the stories possess those ingredients.”
He added that modern, lavish and urban elite set-ups are often seen on International TV shows and are easily available.
“So reliving the early years and the growing up years in that small town brings back memories to many, the makers and the cine goers,” the actor said in an email interview.
The 77-year-old, one of India’s most enduring stars who continues to be in demand even now, said he is not someone who questions his directors on the roles he is offered and that’s why he did not question Sircar on his role of Mirza in “Gulabo Sitabo”.
The two have worked together in four films — the unreleased “Shoebite”, “Piku” and “Pink”, which the director produced, and now “Gulabo Sitabo”.
“For a good part of almost 20 years, I have played the leading man, the hero, the getting the girl in the end and riding off into the sunset in my films and Salim Javed, Manmohan Desai, Prakash Mehra, et al were never questioned,” Bachchan said, citing the example of his past collaborations with directors and writers in the 70s and 80s.
“I never questioned those stalwarts then, I shall not question Shoojit now. He may be asked to address this issue .. I take whatever he gives or constructs for me. I don’t ‘return’, I await my ‘turn’ to be called by him,” he said.
Shooting in Lucknow, Bachchan said, was a pleasant experience with the authorities as well as people cooperating in the shooting process.
“Lucknow was a delight to work in. A well understanding public… Never bothered the shoot, authorities cooperating with great ease and just the locale the City of Nawabs, its own history and culture so endearing. Never had any problem at all and while we were there, at least 3 other film shoots with very prominent artists was also in progress!” he added. Bachchan is not new to physical transformations – he played a teen suffering from the aging disease progeria in “Paa” and a 102-year-old in “102 Not Out”. For “Gulabo Sitabo”, he spent four to five hours in the makeup chair.
“It was arduous, time consuming, 4-5 hours each day. The summer heat of May, all added up to the process. But the end results, through the expert hands of most qualified makeup artists, was exemplary.” (PTI)