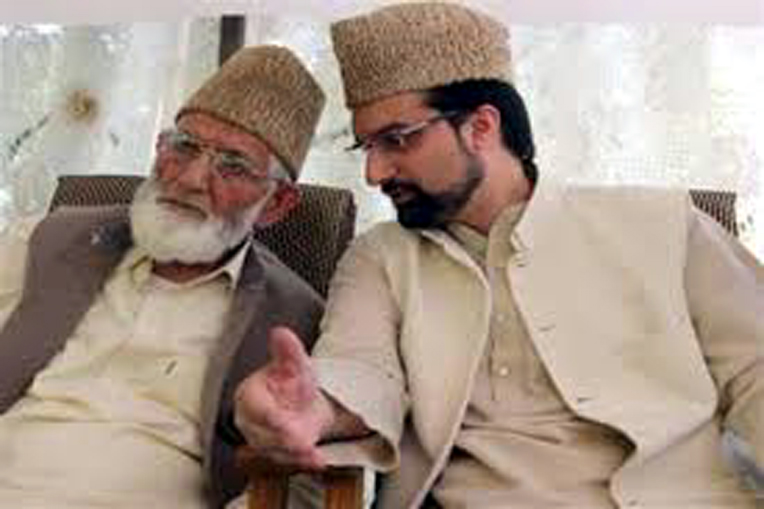 Excelsior Correspondent
SRINAGAR, July 4: Hurriyat Conference today condemned the Government’s decision to ban civilian traffic on a stretch of the Jammu-Srinagar National Highway for over five hours during Amarnath Yatra convoy.
A meeting of the senior leaders of the Hurriyat Conference, chaired by Mirwaiz Umar Farooq was held at the Hurriyat headquarters at Rajbagh wherein concern was expressed over the restrictions on the movement of civilians on the highway.
Hurriyat condemned the Government’s decision of imposing restrictions on the movement of civilian traffic, including tourist vehicles, on the National Highway and suspension of train services during the Amarnath yatra.
“The yatris have always been welcomed by the people of Kashmir who have always facilitated its (yatra’s) smooth conduct and lend support to it. However, time and again Kashmiris are subject to harassment and inconvenience as the highway is shut down for them on one pretext or the other,” he said.
He said that such decisions, besides causing great inconvenience to common people, greatly impact the trade and tourism industry.
The Hurriyat also said that it will keep pursuing to seek a peaceful resolution of the (Kashmir) issue as per the democratic principle of respecting people’s sentiments and promises.
Meanwhile, a delegation of Kashmiri Pandits led by Satish Mahaldar met Hurriyat Conference chairman Mirwaiz Umar Farooq at his Nageen residence.
The Hurriyat spokesperson said that the meeting was in continuation of the previous meeting the delegation had with the Mirwaiz at his residence last month regarding the return of Pandits to Kashmir and initiating a sustained inter-community dialogue to build mutual trust.
“A decision to form a committee was taken that would take the process forward to facilitate Kashmiri Pandits early return. The delegation thanked Hurriyat and lauded its efforts,” he said.