Tarun Chugh
Bereft of any ideology and commitment the Congress today faces the crisis of its decimation. After failing the country to deliver in the post-Independence era, in itself, it is on the verge of extinction.
To quote Bipan Chandra, the historian, the Congress during the freedom struggle was not a political party but an umbrella movement in which different ideologies merged to fight for nationalism. And over the last two decades, the nation has witnessed a slow and incremental collapse of the so-called ideological roots of the Congress-party. An ideology that should be the basis of any political outfit has been missing in Congress all through.
Apparently, the Congress since independence has claimed to foster the philosophy of secularism, Fabian-socialism and national integration. Over the years it has miserably failed to realise any of these goals as it has promoted religious divide in the country and has also nurtured the idiom of disintegration.
The slogan of ‘Bharat Tere Tukde Honge-Insha Allah Insha Allah’ caught the attention of the nation in the JNU five years ago. It got hyped and earned notoriety as a war cry against the very national integration of Indian-nation by a left-leaning anarchist group of so-called students. Today, that group led by Kanhaiya has joined hands with the Congress.
The meaning of this slogan is – India, you will be divided into pieces in the name of Allah. This provocative and highly anti-national slogan was raised at JNU to protest against the hanging of Afzal Guru, who was convicted by the Hon’ble Supreme Court for abetting and aiding terrorists in India and waging a war against the Indian Nation. This slogan was also ideologically supported by many a ‘left-liberal intellectuals as well as the main Centrist ideologically political outfit, Congress. There were a few leaders of political outfits who had visited the JNU campus in February 2016 to express solidarity with the students.
This protest was led by Kanhaiya Kumar, the president of the JNU Students’ Union and National leader of the All India Students Federation (AISF). After that, he joined CPI( Communist Party of India) and served as a National Executive Council member of CPI. This former CPI leader was welcomed into the fold of the Indian National Congress on 28 September 2021. In politics, persons do not matter, ‘ideas’ matter. Kanhaiya Kumar may have joined as an individual and he has all right to join any political outfit. But, the ideology he represents is anti-national. It is dangerous, poisonous and toxic for India as a nation.. He ideologically supported the person Afzal Guru who was a threat to the nation and was convicted by the Hon’ble Supreme Court of India.
These anti-India slogans were justified even on the ground of freedom of speech and freedom of expression.. What can be more than the nadir of ideology where you use your ideology to subvert the very nation for which it was idealized? Is it thinkable that you can support ‘Bin Laden’ in the USA?
If you look at the slogan of ‘Bharat Tere Tukde Honge’, it is not just a slogan but an ideology that is giving birth to these kinds of slogans. This slogan is just a superstructure that is standing on a substructure of an ideology that is detrimental to the very existence of this nation. At the outset, we should understand what the ideological roots of this underlying ideology are?
In fact, this slogan was chanted by the ideologues of the ‘Leftist-Marxists-liberals’ whose citadel the JNU has been. The communist ideology is a hypothesis that was propagated by its proponent, Karl Mark. Their basic assumption is that the moving force of human progress is ‘matter’ and not ‘idea’. It assumes material or economic factors as the basis of change and development and other factors like religion, nationalism and ideology are just the shadow of the prevailing economic relationships which they purportedly divide between the rich and the poor, the haves and the have-nots, the capitalist-bourgeoisie and the labour-proletariats. Nationalism and nation-state is a ‘false consciousness among the masses projected by the rich to control the ‘minds’ of the poor and perpetuate former’s control! Only by throwing away the yoke of religion and nationalism, the so-called state of classless and stateless society would emerge through violence and revolution. Of late, the neo-Left liberals of India have also started believing in libertarianism, individualism and constitutionalism and claim to believe in equality, human rights, rule of law, women-emancipation etc.
So, this ideology of the Indian-leftists in which Kanhaiya Kumar has been groomed is an extreme anti-nation ideology. He represents that ideology and ironically has surfaced as a symbol of that ideology. Persons like Kanhaiya claim to oppose the Government in power but in the garb of opposing the Government, they oppose the very country and the nation. They do not desist from spreading and promoting the idea of secession, anti-nationalism and anarchy. They will find fault in anything and everything which is the idea of ‘India’. They disrespect the sovereignty of India and its national symbols is it the very unity of India, its national flag, its armed forces or any other. Since their prime aim is to destroy the very nation-state itself, they build up their ‘narratives’ of anti-India be it its historical past or the present or the progress of the nation in future. Even the history of India is interpreted from this so-called perspective where the glorious and historical achievements are ridiculed and distorted. They hail secession, separatism and anti-nationalism in India. The chants like ‘Bharat-Tere Tukde Tukde Honge’, ‘Bharat Teri Barbadi’ are just reflections of their ideological grooming of anti-nationalism.
(The writer is BJP national general secretary) 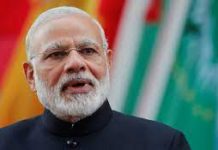 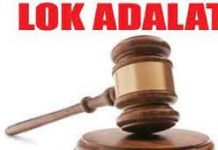 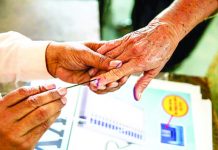