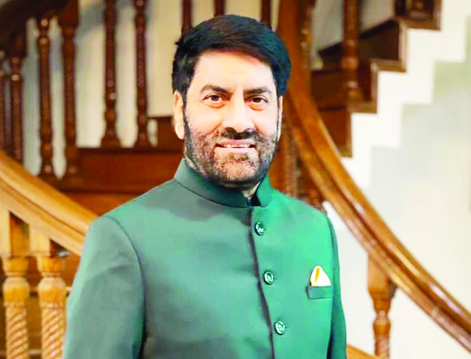 Mohd Yaseen
The man who has many firsts to his credit has achieved yet another landmark by becoming the head of world’s biggest cultural centre of India popularly known as Indira Gandhi Centre for Indian Culture based in Mauritius.
A pride moment not only for Balwant Thakur but also for Jammu as one amongst them has reached to the highest position of culture. What an amazing journey which can inspire generations to aspire, excel and achieve the ultimate heights in one’s professional life. Looking at his consistency and steady growth in career, he has set an example that nothing seems to be impossible to achieve. With the help of his six school mates, he started his humble cultural journey in the Reasi town with the inception of ‘Seven Stars Art’ which later he had to abandon after shifting his base to the city of Jammu for his higher studies. The hostile nature of Jammu could not deter him to rebegin his journey and he laid the foundation of Natrang which has become a brand name now in the field of arts and culture. Interestingly creative people are known as bad managers both in personal and institutional level but here we find a rarest example rather unique combination of creativity and managerial skills. On one hand, he is the considered as one of the most creative and innovative theatre directors who brought a new renaissance in the field of arts and on the other hand, his cultural administrative acumen has created history for many cultural institutions and Government departments which he headed as cultural administrator. He held very prestigious cultural positions of the country including as Secretary J&K Academy of Art Culture and Languages for over eight years, Regional Director of Indian Council for Cultural Relations in Ministry of External Affairs, Government of India for over six years, Cultural Diplomat of India to South Africa for two years and now as Director of world’s biggest cultural centre of India abroad based at Phoenix, Mauritius. During his tenure as Secretary J&K Academy of Art Culture and Languages he created history by bringing 1st prize for the state of Jammu & Kashmir for record five times in the Republic Day Celebrations, New Delhi. He raised and elevated the standards of the showcasing of local Culture to the level that J&K made it to world’s prestigious festivals held in Thailand, Singapore, Malaysia, Russia, France, UAE, England and Germany between 1995 to 2003. Look at the sorry state of affairs now, not even a single participation of J&K has been witnessed at the international level in last fifteen years. When he took over as Regional Director of ICCR (Indian Council for Cultural Relations), with in a period of one month, he took the cultural presentations of J&K to a tour of central Asian countries (erstwhile Russia) and also exposed the people of Jammu for the first time to the culture of the Republic of Zambia. This followed with huge flow of the visit of international cultural groups from Spain, Poland, Russia, Sri Lanka, Malaysia, Mauritius, Bangladesh, Tunisia, Laos, and Germany to Jammu. In a period of over six years, his dynamism speaks volumes from the fact that he converted Jammu as one of the centres of International cultural happenings. After he left ICCR, look at the misfortune of Jammu, we never heard of any foreign cultural group coming and performing in this part of the country.
In 2019 he was appointed as cultural diplomat of India to South Africa and he headed Johannesburg based Swami Vivekananda Cultural Centre where he created a new record of holding 100 International programmes and events within a record period of six months of the beginning of his diplomatic career in South Africa. These programmes also included the grand festival of India in South Africa spread over Pretoria, Durban, Cape Town in addition to Johannesburg.
Since June, 2021 he is working as director of world’s biggest cultural centre i.e., Indira Gandhi Centre of Indian Culture, High Commission of India Mauritius. People from all-over the world exclusively come to see this iconic cultural space which houses multiple auditoriums, studios, exhibition halls, Indian cultural library, research centre, food courts, and above all the unique architectural design of the building spread over 20,000 square mts glorifying the true cultural ethos of India.
Look at his fascinating career graph as the cultural administrator. Starting from a non-governmental organization Natrang based in a tiny lane of old Jammu to the world’s biggest cultural centre is no less an achievement. All has been possible due to his consistency, positive attitude and focused approach in his professional life.
As a creative person, he set high standards of creating arts and made many histories by producing the most outstanding theatre spectacles like ‘Bawa Jitto’, ‘Ghumayee’, ‘Mahabhoj’, ‘Suno Eh Kahani’ Rangla Jammu’, ‘Gulab Gatha’, ‘Mata Ki Kahani’, Mere Hisse Ki Dhoop Kahan Hai’, ‘AapHamaare Hain Kaun’, ‘Hum Hain Naa’, ‘Choona Hai Asmaan’, ‘Lok Tantra Ka Mantra’, and ‘Udaan’. Majority of the world which had never heard of the word ‘Dogri’ Balwant Thakur through his consistent efforts took the entire essence of Dogri language and culture to UAE, Thailand, Singapore, Malaysia, Russia, Germany, England, South Africa, Kirgizstan, Kazakhstan, Bhutan and Mauritius. Today his play ‘BawaJitto’ is the longest living contemporary theatre production of India. His plays ‘Mere Hisse Ki Dhoop Kahan Hai and Aap Hamaare hain Kaun are the longest living children plays in India which have the unique credit of having travelled to the entire length and breadth of the country.
There is lot to learn from him. The magic of excellence in life is now being transmitted to the second generation of cultural creators and administrators who follow his principles and life approaches. Thanks for giving Jammu a team of culturally awakened, passionate people who not only have the vision but also the capacity and knowhow of creating wonders in personal and professional life. 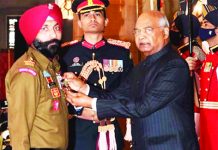 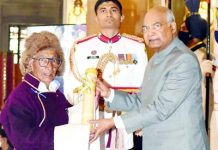 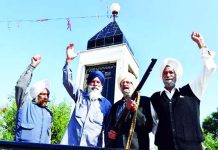 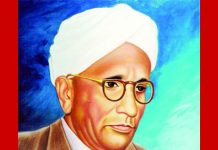 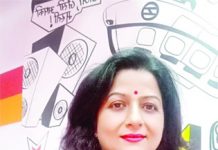 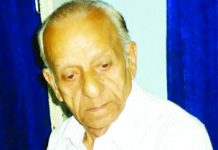 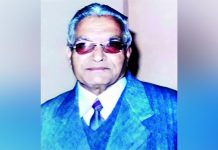 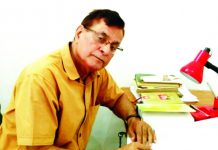 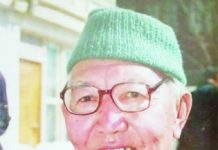 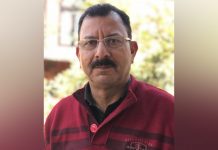 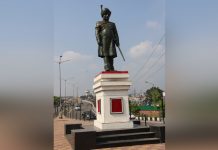 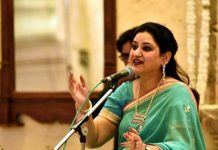