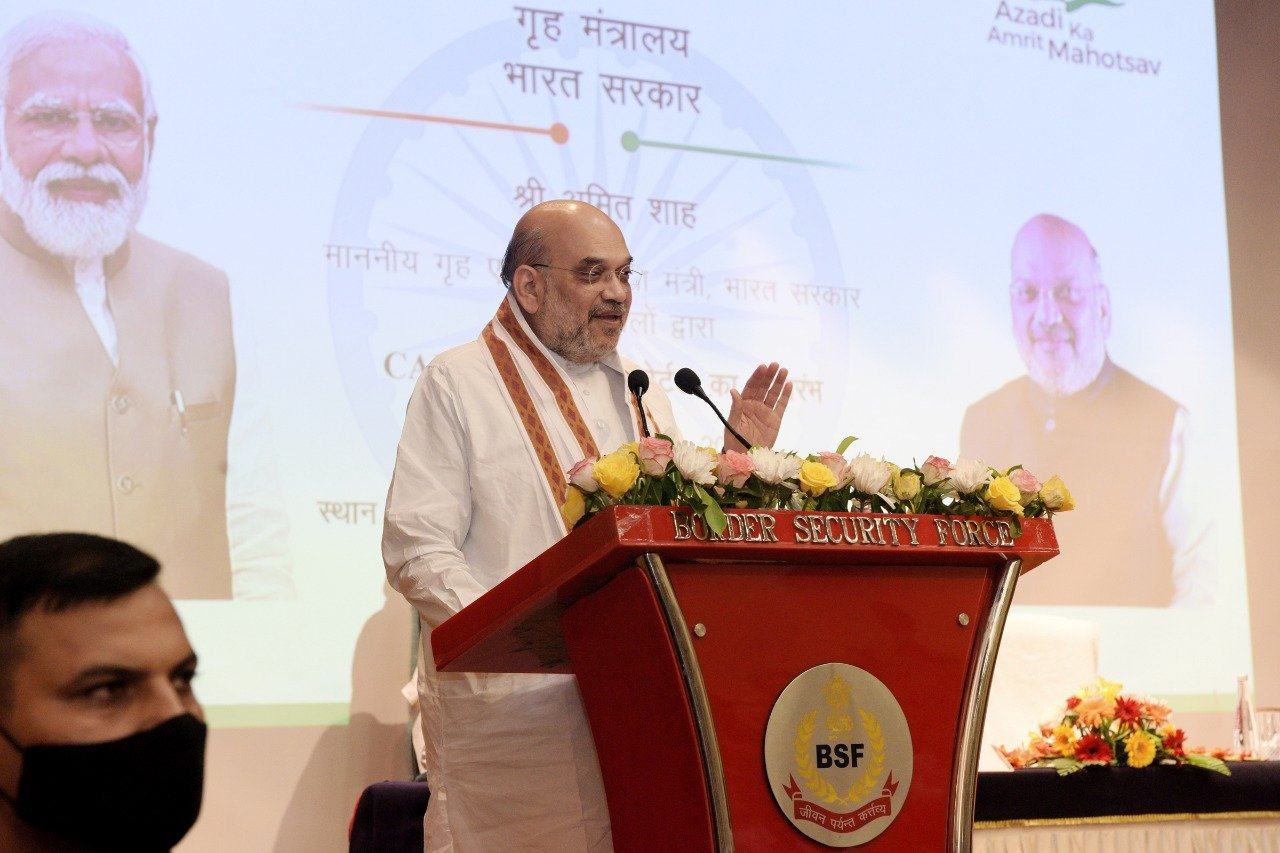 NEW DELHI, Sept 1: Union Home Minister Amit Shah on Thursday said the housing satisfaction ratio for CAPF personnel will be enhanced to about 74 per cent by late 2024 as he launched a new online portal for them that aims to increase the chances of finding a Government accommodation by widening the available pool of homes.
The minister launched the ‘eAwas’ portal saying the government has been able to enhance the housing satisfaction for the troops of the Central Armed Police Forces (CAPFs) by 13 per cent.
The Home Ministry had started working on this subject as soon as Prime Minister Narendra Modi took charge in 2014 and he has repeatedly said that it is the responsibility of the elected government of the day to take care of the families of the jawans who guard the frontiers of the country and render other internal security duties round-the-clock, Shah said.
The new portal will allow CAPF personnel to find houses among themselves rather than just looking for a accommodation within the force. “I am told that in many places the houses are vacant, and with this new facility we will see the housing satisfaction ratio for the personnel going up by 13 per cent,” he said.
BSF Director General (DG) Pankaj Kumar Singh, who spoke before the minister to give an overview of the new facility, said as per current data about 19 per cent houses are vacant in CAPFs and through this portal a jawan of one force can seek a house available with the other force.
The CAPFs comprise the CRPF, BSF, ITBP, CISF and SSB, apart from the Assam Rifles.
These forces have a combined strength of over 10 lakh and they are deployed across the length and breadth of the country to render a variety of internal security tasks while being posted in very harsh climate regions and high-risk areas.
Shah said when the BJP Government took charge in 2014, the housing satisfaction ratio for CAPFs was about 33-34 per cent. This figure is now 48 per cent, he said.
He cited official data to say that the Home Ministry has constructed about 31,000 houses over the last eight years, even as around 17,000 are under-construction while another 15,000 are proposed to be built.
“By November, 2024, we will increase the housing satisfaction ratio for CAPFs by up to 60 per cent and if we take into account those available in the common pool of the forces, we can add another 13 per cent and this ratio would then be about 73-74 per cent,” Shah said.
Our target is to take this ratio up to 74 per cent by that time (2024), he said.
Shah said the Modi Government has initiated a number of welfare measures for the CAPFs personnel who are very vital for the economic progress of India that is emerging as a manufacturing hub of the world.
“We have distributed about 35 lakh Aayushman health cards to the jawans and their families till now. I was told about some “teething problems” in this scheme but that has been resolved now,” the home minister said.
The Government is also preparing a software that will conduct transfers and postings in CAPFs over an online medium and that will enable jawans to be closer to home and family, he said.
“In the e-transfer software, we aim to link the health condition, age and other vital parameters of the jawans so that it can be more useful,” the minister said.
The Government has also enhanced the PM scholarship for the wards of the CAPF jawans, adding about 80 new courses to this bucket even as the air courier service for transportation of troops in high-risk areas has been strengthened, he said.
The Minister directed the CAPF directors general to ensure that systems are put in place so that mega plantation drives undertaken by these forces bear a good result by motivating the jawans to form a special bond with the saplings planted by them. (Agencies)