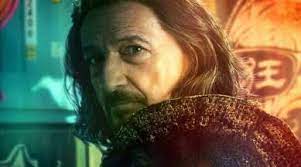 Los Angeles, Sept 12: British veteran Ben Kingsley says he is hoping to surprise the fans of the Marvel Cinematic Universe (MCU) once again with his turn as Trevor Slattery in the upcoming “Wonder Man” series.
The new series, set up at streaming service Disney+, comes from Marvel Studios and will focus on the Marvel character Simon Williams aka Wonder Man.
“If I may humbly speak as an artist and a craftsman, I think our role is to constantly surprise and refresh. So I hope that I continue to constantly surprise and refresh,” Kingsley told entertainment news outlet Variety.
Kingsley’s Slattery, who first appeared in “Iron Man 3”, is a failed actor and Wonder Man has been an actor and a stuntman in the comics.
Most recently, the Oscar-winning actor appeared as Slattery in “Shang-Chi and the Legend of the Ten Rings.”
Destin Daniel Cretton, who directed and co-wrote Shang-Chi, will serve as an executive producer and co-creator on the “Wonder Man” series, which is being developed as a Hollywood satire.
Andrew Guest is attached as head writer.
In the comics, Simon Williams is the son of a wealthy industrialist whose company sees a downfall due to competition from Tony Stark’s Stark Industries.
Williams joins villain Baron Zemo and gains superpowers including super strength and durability. After facing the Avengers several times, Wonder Man ultimately becomes one of them. (PTI)