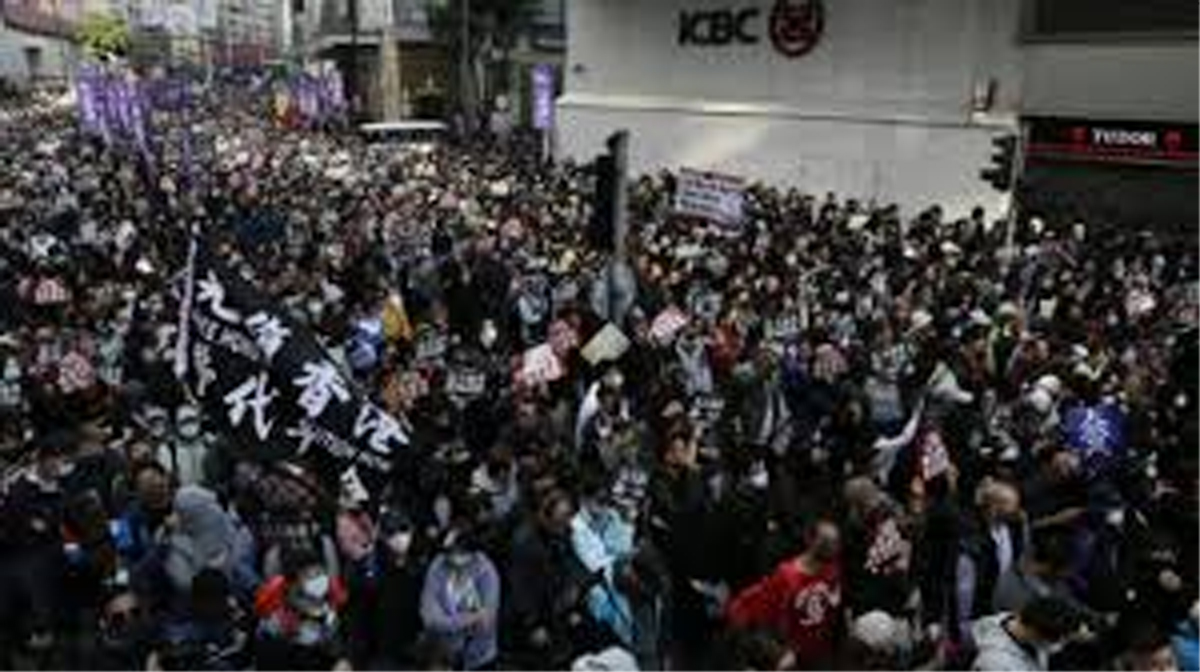 HONG KONG, Dec 10:Hong Kong’s leader on Tuesday again ruled out further concessions to protesters who marched peacefully in their hundreds of thousands this past weekend.

The six-month protest movement has five demands, including that Hong Kong’s leader and lawmakers all be directly elected and that police actions against protesters be independently investigated. The only demand that has been met was the withdrawal of the proposed extradition legislation that triggered the movement in June.

But city leader Carrie Lam made clear she won’t budge on the others.

As for other demands, we really have to stick by certain important principles,” she said. If a particular demand requires us to deviate from the law, not to uphold the rule of law in Hong Kong, or to do things actually beyond the powers of the chief executive, I could not agree to accept those demands.

One of the protest movement’s demands is amnesty for the more than 6,000 people arrested.

The protest march Sunday on Hong Kong Island was one of the biggest since the mass demonstrations started against the now-withdrawn bill that would have allowed criminal suspects to be extradited for trial in Communist Party-controlled courts in mainland China.

Organisers estimated that 800,000 people joined the rally. Protesters chanted Five demands, not one less! and held up five fingers.

Lam said the march reflects the freedoms that Hong Kong people are enjoying” and showed that all those accusations from various quarters that we are eroding people’s freedoms are unsubstantiated.” (AGENCIES)
&&&