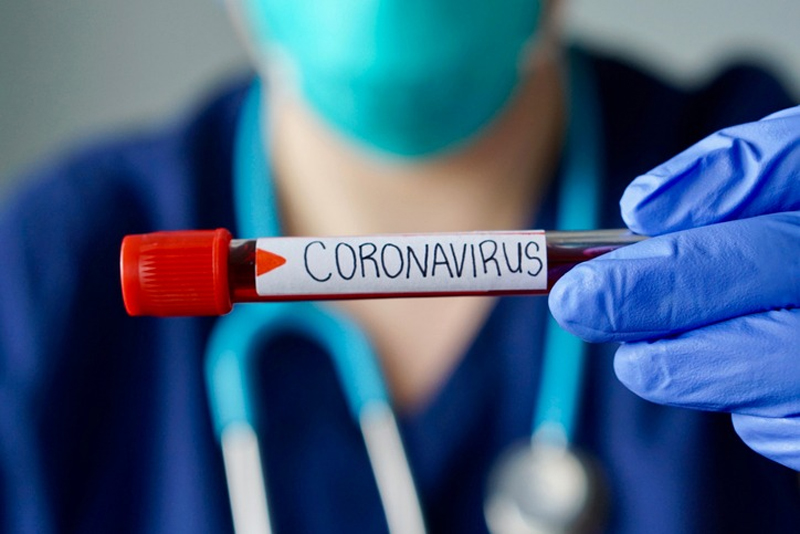 NEW DELHI, Jan 11:
Holding the breath and having low breathing rate can increase the chances of the novel coronavirus-laden droplets being deposited deep in the lungs, according to a study by researchers at the Indian Institute of Technology (IIT) Madras.
The study, published in the peer-reviewed journal Physics of Fluids, paves the way for developing better therapies and drugs for respiratory infections, including coronavirus disease-19 (COVID-19).
The researchers noted that several infectious respiratory diseases like COVID-19, that threaten the human lives globally, transmit primarily through virus laden droplets.
Dramatic respiratory events such as coughs and sneezes that yield a large quantity of droplets play a vital role in aiding such transmission, they said.
The researchers modelled breathing frequency in a laboratory to better understand how the rate of flow of droplet laden with virus determines the deposition of the virus in the lungs.
They found that low breathing frequency increases the time of residence of the virus and therefore it increases the chances of deposition and consequently the infection.
The multiscale lung structure has a significant effect on a person’s susceptibility to COVID-19, according to the research led by Professor Mahesh Panchagnula, from the Department of Applied Mechanics, IIT Madras.
“COVID-19 has opened a gap in our understanding of deep pulmonological systemic diseases. Our study unravels the mystery behind how particles are transported and deposited in the deep lung,” Panchagnula said.
“The study demonstrates the physical process by which aerosol particles are transported into the deep generations of the lung,” he added.
Previous research by the same group highlighted the significant variability in aerosol uptake from individual to individual, suggesting a reason why some people are more vulnerable to airborne diseases than others.
Airborne infections such as the novel coronavirus spread immensely through sneezing and coughing as it instantly releases a lot of tiny droplets.
The team, including IIT Madras research scholars Arnab Kumar Mallik and Soumalya Mukherjee, imitated the droplet dynamics in the lung by studying the movement of droplets in the small capillaries which were of a diameter similar to bronchioles, or air passages inside the lungs that branch off like tree limbs.
They took water mixed with fluorescent particles and generated aerosols from this liquid using a nebulizer, a medical equipment that people with respiratory conditions can use to administer drugs directly and quickly to the lungs.
These fluorescent aerosols were used to track the movement and deposition of the particles in the capillaries or very tiny blood vessels.
The researchers studied the movement of the fluorescent aerosol particles in capillaries of size ranging from 0.3 to 2 millimetres which covers the range of bronchiole diameters.
They found that the deposition is inversely proportional to the aspect ratio of capillaries, which suggests that the droplets are likely to deposit in longer bronchioles.
The IIT Madras researchers also studied how the ‘Reynolds Number,’ a parameter that quantifies the nature of flow — steady or turbulent — determines the deposition in the capillaries.
They found that when the flow of aerosol movement is steady then the particles deposit through the process of diffusion, however, if the flow is turbulent then the particles deposit via impaction. While diffusion is the movement of a substance from an area of high concentration to that of low concentration, impaction is a rapid change in air direction. (PTI)