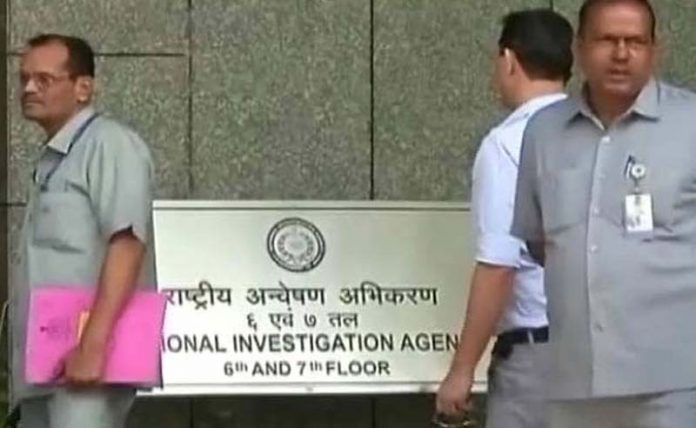 NEW DELHI, Aug 31: A Delhi court today sent the second son of Hizbul-Mujahideen chief Syed Salahuddin to National Investigation Agency (NIA) custody till September 10.
District Judge Poonam A Bamba allowed the plea of the probe agency for the custody of 48-year-old Syed Ahmed Shakeel till September 10.
The second son of the globally-wanted terrorist, Salahuddin, was arrested yesterday by the NIA in connection with a 2011 terror funding case for allegedly receiving money from his father.
Armed with a non-bailable warrant from a Delhi court, the NIA officials, accompanied by the state police and CRPF, placed 48-year-old Syed Ahmed Shakeel under arrest at Rambagh locality in Srinagar yesterday when he was on his way to Sher-e-Kashmir Institute of Medical Science, where he works as a senior laboratory assistant.
He was then brought to the national capital and produced before a duty magistrate last evening, which sent to a day’s NIA custody with a direction to produce him before the concerned judge today.
Shakeel is the second son of Salahuddin who has been arrested by the NIA in connection with the case. Earlier this year, his other son, Shahid, who was working in the Agricultural department of the Jammu and Kashmir Government, was also arrested in the same case.
The probe agency had claimed that during investigation, the involvement of Shakeel had surfaced in raising, receiving, collecting funds from terrorist organisation through its active cadres from Saudi Arabia.
It had also claimed that Shakeel had received money through Western Union several times which were sent by absconding chargesheeted accused Aijaz Ahmad Bhat alias Aijaz Maqbool Bhat.
The probe showed that Shakeel, the eldest son of Syed Salahuddin, self-styled chief of Hizb-ul-Mujahideen terror group, had received funds from various countries from the operatives of Hizb-ul-Mujahideen.
The case, registered by the NIA in April 2011, relates to transfer of money from Pakistan to Jammu and Kashmir through hawala channels via Delhi, which the agency believed was used in funding terrorism and secessionist activities.
The NIA has so far filed two charge sheets against six people including G M Bhat, a close aide of pro-Pakistan separatist Syed Ali Shah Geelani, Mohammed Siddiq Ganai, Ghulam Jeelani Liloo and Farooq Ahmed Dagga. All four are in judicial custody.
Two others — Mohammed Maqbool Pandit and Bhat — were also charge sheeted by the NIA but they are absconding and an Interpol Red Corner notice has been issued against them.
In this case, so far, three accused persons Mohammad Sidiq Ganai, Ghulam Jeelani Liloo and Farooq Ahmed Dagga have been convicted after they pleaded guilty.
Shakeel’s father Mohammed Yusuf Shah — better known as Syed Salahuddin — was declared a Specially Designated Global Terrorist by the US Department of State. Besides heading terror outfit Hizb-ul Mujahideen, he is the chairman of the United Jehad Council (UJC), a conglomerate of terrorist outfits operating in the Kashmir Valley.
The NIA had also registered two others cases related to terror funding — one in November 2011 and the other in May this year. It had filed a charge sheet against 10 people including Syed Salahuddin in the April 2011 case.
In the recent case, the NIA arrested 10 people including some close relatives and aides of Geelani. (PTI)