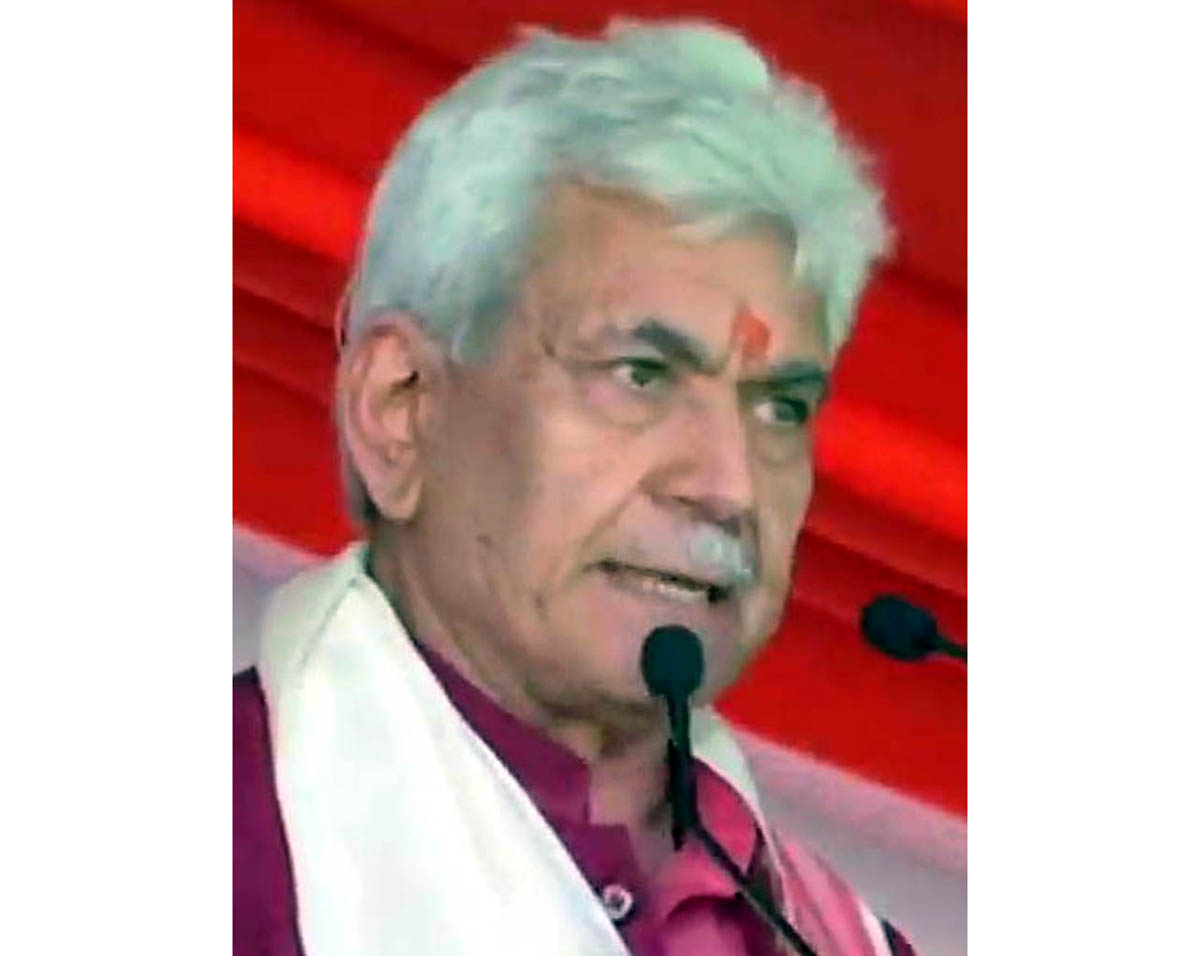 ‘Will make UT free of fear, corruption’
Excelsior Correspondent
JAMMU, Oct 4: Lieutenant Governor Manoj Sinha said today that historic development has taken place in Jammu and Kashmir during last three years and the Government is committed to make UT free of fear, corruption and drugs and employment-oriented.
He was addressing a massive public rally at Rajouri this afternoon in the presence of Union Home Minister Amit Shah.
“There has been massive development in Jammu and Kashmir during last three years. We are building such J&K where everyone gets justice. As I have already said we are making J&K which is free of fear, corruption and drugs and employment-oriented,” Sinha said.
It was a little over three years ago that special status of Jammu and Kashmir was abrogated by the Central Government and the State was bifurcated into two Union Territories of J&K and Ladakh.
“Many people were deprived of their rights. System was working only for the few. The system was changed and now everyone has equal rights in Jammu and Kashmir,” Sinha said.
Referring to construction of Government Medical College (GMC) in Rajouri and various other such projects, he said, “had August 5, 2019 decisions not been taken and there was no Narendra Modi Government at the Centre, such development projects wouldn’t have been possible”.
He also referred to construction of bunkers for the border dwellers, National Highways and various road projects.
He said Rs 1000 crore worth National Highways and tunnels are under construction in Jammu and Kashmir.
“Forest rights were given to the people after a long wait,” Sinha said.
He also referred to a large number of works being done for the Tribal population saying such a number of hostels were not constructed during last 50 years which will be made during next one and a half years. Rs 45 crore worth scholarships have been given to the Tribal students.
“As many as 100 Smart Schools were constructed last year and an equal number of schools will be constructed during next three months,” the Lieutenant Governor said.
He also referred to various other development projects and works in Jammu and Kashmir as well as Rajouri district.