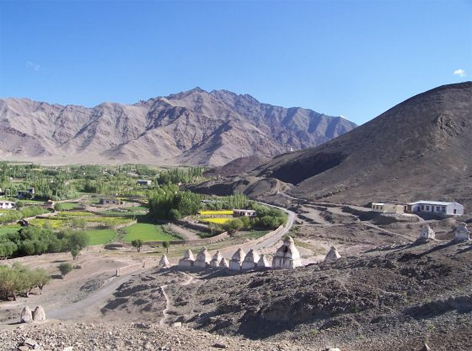 Following Ladakh region being made as a Union Territory, certain clarifications and making adjustments under the new set up were expected to creep up and get settled within a reasonable period of time but even after eight months perhaps, under this excuse, some Directors and Heads of Departments choosing to bypass and sidetrack the acquiesce and approval of Hill Developments Councils in taking certain vital personnel decisions, was tantamount to diluting and trivialising the autonomous character and powers of these Councils. The fact of the matter is that these officers are issuing orders of postings and transfers of employees independent of the knowledge, endorsement and approval of the Autonomous Hill Development Councils. Like this, not only a gross misunderstanding and mistrust between the officialdom and the Councils was taking place but willy-nilly, unavoidable political and statutory problems were getting surfaced.
It may be recalled that a law was enacted in the year 2018 much before the changing of political and constitutional status of the then entire State of Jammu and Kashmir, vide which it was made clear that all Government employees in the twin districts of Leh and Kargil, in fact, were deemed to be the employees of the respective Autonomous Hill Development Councils of Ladakh. However, as per the provisions of the Ladakh Autonomous Hill Development Council (Amendment Act) 2018 judicial employees and police personnel were kept outside the jurisdiction of the powers of the Councils. Terms of employment, however, would not vary to the disadvantage of the employees under the amendments. Even in matters of service conditions, including instituting departmental enquiry and taking disciplinary action against an erring employee, the concurrence and the prior approval of the Executive Council was mandatorily required to be obtained. That only denotes the powers, importance and the indulgence of the Hill Development Councils in matters as enumerated in respect of Government employees. That obviously does not allow exercising of any powers by the Directors and HoDs of the Government Departments independent of the approval of the Autonomous Councils in the areas under reference.With intent to widening the scope of the powers of the Autonomous Councils, it is incorporated in the said Act explicitly that the Chief Executive Officers shall be the reporting authority for all district level officers and other Government officials transferred within the two districts.
It is said that ignorance of law was no excuse and the pretext of not knowing the procedure in respect of ordering transfers and postings as most of the defaulting Directors and HoDs are clarifying, cuts little or no ice. The officers need to update their knowledge about the local as well as central laws which have been made applicable to the Union Territory of Ladakh. Merely attending the office and rather bossing things over, did not constitute the only duties and working of Departmental Heads and Directors of the Government Departments but how much they keep themselves updated and conversant with the relevant laws, procedures, regulations, their powers, provisions and directions of the Code book of Finance, personnel and Trade Union matters and other subjects directly having a bearing on their working sans any shortcomings or avoidable goofs, too was equally important. It is, therefore, expected that due care was taken in future and in the meantime, all such decisions taken in personnel matters but not approved by the Executive Council of the Autonomous Councils, shall be got confirmed and approved thus regularised under the amended laws.