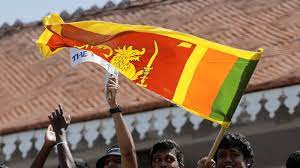 Colombo, June 25: A high-level US delegation will visit Sri Lanka to hold talks with the country’s top leadership to help it resolve the current economic crisis as the island nation, which is on the brink of bankruptcy, is struggling to pay for the import of essentials, including food and fuel.
Sri Lanka is facing a severe forex crisis which forced the island nation to declare a default of its international debt in April, becoming the first Asia-Pacific country in decades to default on foreign debt.
The delegation representing the US Department of the Treasury and the Department of State is due to engage in a visit to Sri Lanka from June 26 to 29, the News First newspaper reported.
The delegation will include Robert Kaproth, Deputy Assistant Secretary of Treasury for Asia, and Ambassador Kelly Keiderling, Deputy Assistant Secretary of State for South and Central Asia, it said.
The visitors will meet with a wide range of political representatives, economists and international organisations, and will explore the most effective ways for the US to support Sri Lankans in need, Sri Lankans working to resolve the current economic crisis, and Sri Lankans planning for a sustainable and inclusive economy for the future, the report said.
“This visit underscores our ongoing commitment to the security and prosperity of the Sri Lankan people,” US Ambassador to Sri Lanka Julie Chung said.
“As Sri Lankans endure some of the greatest economic challenges in their history, our efforts to support economic growth and strengthen democratic institutions have never been more critical,” the envoy said.
Over the past two weeks, the US has announced USD 120 million in new financing for Sri Lankan small and medium-sized businesses, a USD 27 million contribution to Sri Lanka’s dairy industry and USD 5.75 million in humanitarian assistance to help those hit hardest by the economic crisis.
Moreover, the US also committed USD 6 million in new grants to provide livelihood assistance to vulnerable populations, and technical assistance on financial reform that will help stabilise the economy.
In the coming months, the US will continue to support Sri Lankans as they revive their economy, combat food insecurity, and promote public health and education, the report said.
The US also strongly supports Sri Lanka’s decision to seek assistance from the International Monetary Fund, which can provide the most durable resolution to the present crisis.
Meanwhile, Sri Lanka’s Ambassador to the US Mahinda Samarasinghe recently met President Joe Biden at the Oval office.
“Ambassador Mahinda Samarasinghe meets US President Joe Biden at the White House Oval Office on the 13th of June 2022,” the Sri Lankan envoy said on Twitter.
Sri Lanka is facing the worst economic crisis since independence in 1948 which has led to an acute shortage of essential items like food, medicine, cooking gas and fuel across the country.
After Colombo declared a default on loans in April, US bank Hamilton Reserve, a holder of Sri Lankan bonds, filed a lawsuit in the US district court in Manhattan over the breach of contract.
Sri Lankans languish in long fuel and cooking gas queues as the government is unable to find dollars to fund imports.
Indian credit lines for fuel and essentials have provided lifelines until the ongoing talks with the International Monetary Fund (IMF) could lead to a possible bailout.
There have been street protests in Sri Lanka against the government since early April due to its mishandling of the economic crisis.
On May 9, the political crisis saw the unleashing of violence with 10 people, including a parliamentarian, being killed. President Gotabaya Rajapaksa’s elder brother Mahinda Rajapaksa had to resign as Prime Minister amidst the political and economic turmoil. (PTI)