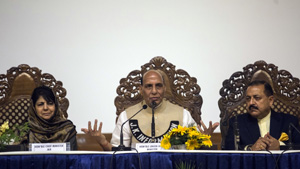 Centre ready for dialogue with all right-minded people